Gwyneth Paltrow at the Adolfo Dominguez Show in Madrid 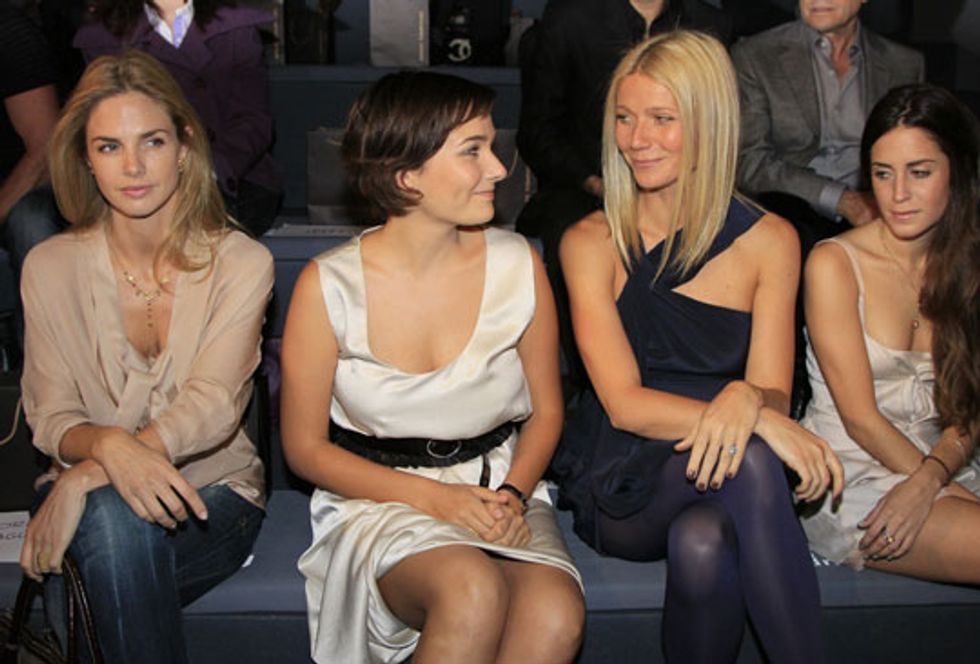 MM was interested to read on Ideeli that Oscar-winner Gwyneth Paltrow made an appearance at the Madrid fashion show of designer Adolfo Dominguez. Gwyneth is fluent in Spanish (and several other languages) and was an exchange student in Spain. It brought back memories of when MM was an exchange student in Madrid in the late '80s and wore nothing but Adolfo Dominguez!!! The peseta was very weak then so MM lived like a glamourpuss! The lady on the far left is Genoveva Casanova, the ex-daughter-in-law of the Duchess of Alba.