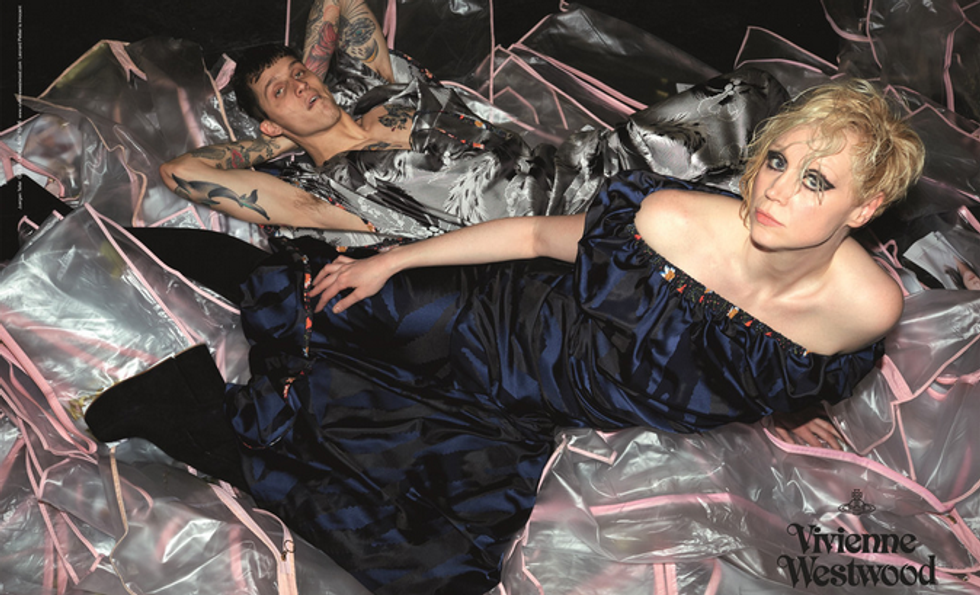 by Abby Schreiber
PAPERMAG
Gwendoline Christie with model Leebo Freeman in Vivienne Westwood's Fall/Winter '15 campaign
Back in March, fashion fans and Game of Thrones fans (and fans of fashion AND Game of Thrones) collectively went apeshit for a second after Gwendoline Christie (AKA Brienne of Tarth) walked in Vivienne Westwood's show, which was themed 'Unisex' but also incorporated some fanciful GoT nods. Now, a few months later, we've got another reason to get excited all over again: Christie stars in the brand's Juergen Teller-shot fall/winter campaign.

In a press release, Westwood says:

In this collection the same suit can be worn by a man and a woman, then I realized Gwendoline would be perfect and would fit the clothes so I asked her to do it. She is such an attractive woman -- when I asked her to be in the show, as well as the campaign, we got to know each other, she is a really interesting woman.

And judging by the resulting images, we couldn't agree more.