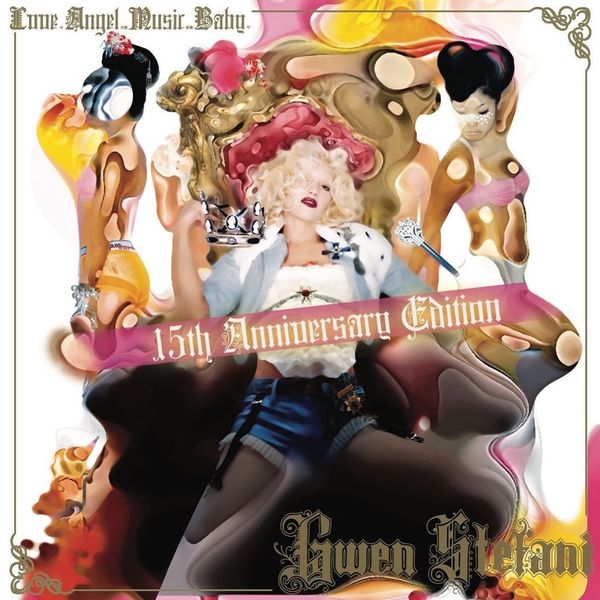 As we enter a new decade, it's hard to believe that the 2000s is officially history. It's honestly bananas: B-A-N-A-N-A-S.

As a reminder of her undeniable impact on mid-aughts music, Gwen Stefani is unveiling a remastered version of her debut solo album Love.Angel.Music.Baby. in celebration of its 15th anniversary. Set to arrive Friday, November 22, it will be almost exactly 15 years after the album's initial release on November 23, 2004.

Stefani's album will be remastered by five-time Grammy nominee Chris Gehringer of Sterling Sound, who has also helmed other big-name albums such as Rihanna's Loud, Lady Gaga's Born This Way, and Drake's Take Care. A limited-edition release of the original album merchandise is available online, including a hoodie and T-shirt. Purchase of merch includes a digital download of the updated album.

Additionally, on Tuesday, November 26, Stefani will be performing a medley of L.A.M.B. classics on The Voice. Let's hope that includes "Hollaback Girl," which was Stefani's first solo single to top the Billboard Hot 100 chart, while also becoming the first to reach a million digital downloads.

"I think ['Hollaback Girl'] was the perfect song to represent what I wanted to achieve musically," Stefani told Billboard.

While awaiting the shiny revision to come through, enjoy the album in its original glory which features iconic collaborations with everyone from Eve to André 3000, below.