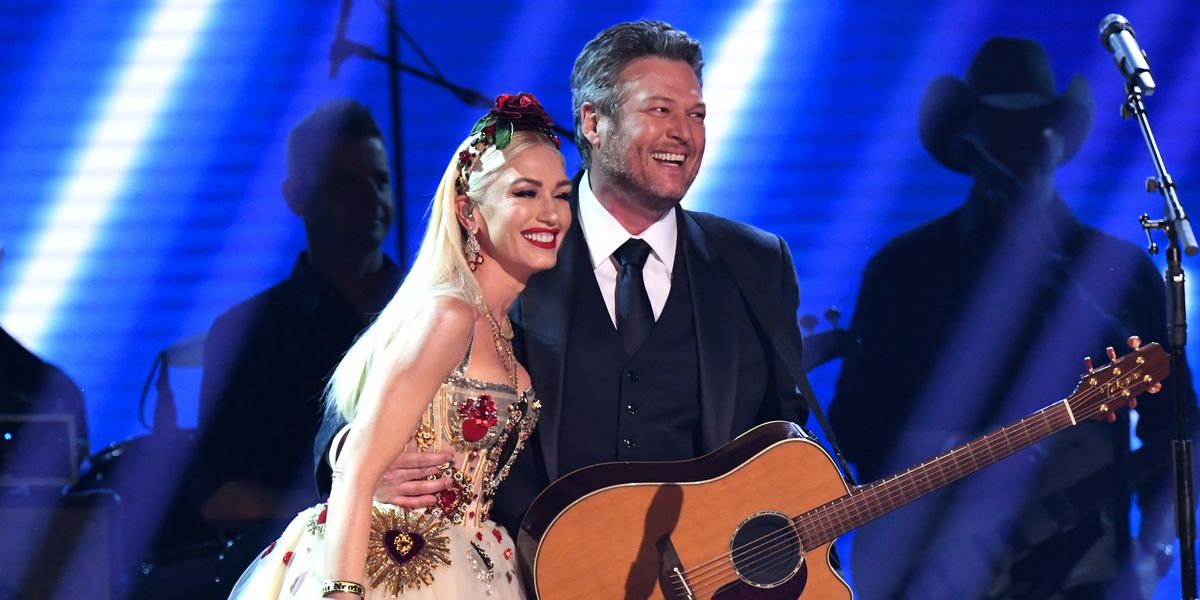 The normally sweet-as-pie Gwen Stefani just pulled a gloriously petty scorned ex-wife move. After her partner Blake Shelton posted a retro '90s photo of himself at the Academy of Country Music Awards on Instagram, she followed suit by… photoshopping an old pic of herself standing next to him. They then proceeded to attend the ceremony together and perform a duet onstage.

Cute, right? Yes, but please note that Shelton takes the place of Gwen's ex, Gavin Rossdale, in the doctored version of the photo. As becomes evident when you scroll way further down on Gwen's grid. Help.

For background, in case for some reason you haven't been following this story of heartbreak and triumph: Rossdale supposedly cheated on Stefani with their kids' nanny a few years back. Up until that point, the couple had seemingly enjoyed one of the music industry's most stable marriages. No Doubt fans will recall that many of Stefani's best '90s love songs are about Rossdale.

The alleged affair was super sad. But in the wake of her devastating split, Gwen rebounded and fell in love with her The Voice co-star. They've since recorded several successful songs together, marking Stefani's previously unlikely career pivot to country stardom.

Related | Hollyweird: When Gwen Stefani Met Sting and Hated Him

For his part, Rossdale (who released a new Bush album this year) recently told The Guardian that the "the gross and lopsided spectre of the crumbling of my marriage" was his "most embarrassing moment." He is no longer with the nanny.

Kelly Clarkson is all up in the comments section of the photoshopped pic, absolutely loving it. And to be honest? Yeah. Team Gwen.