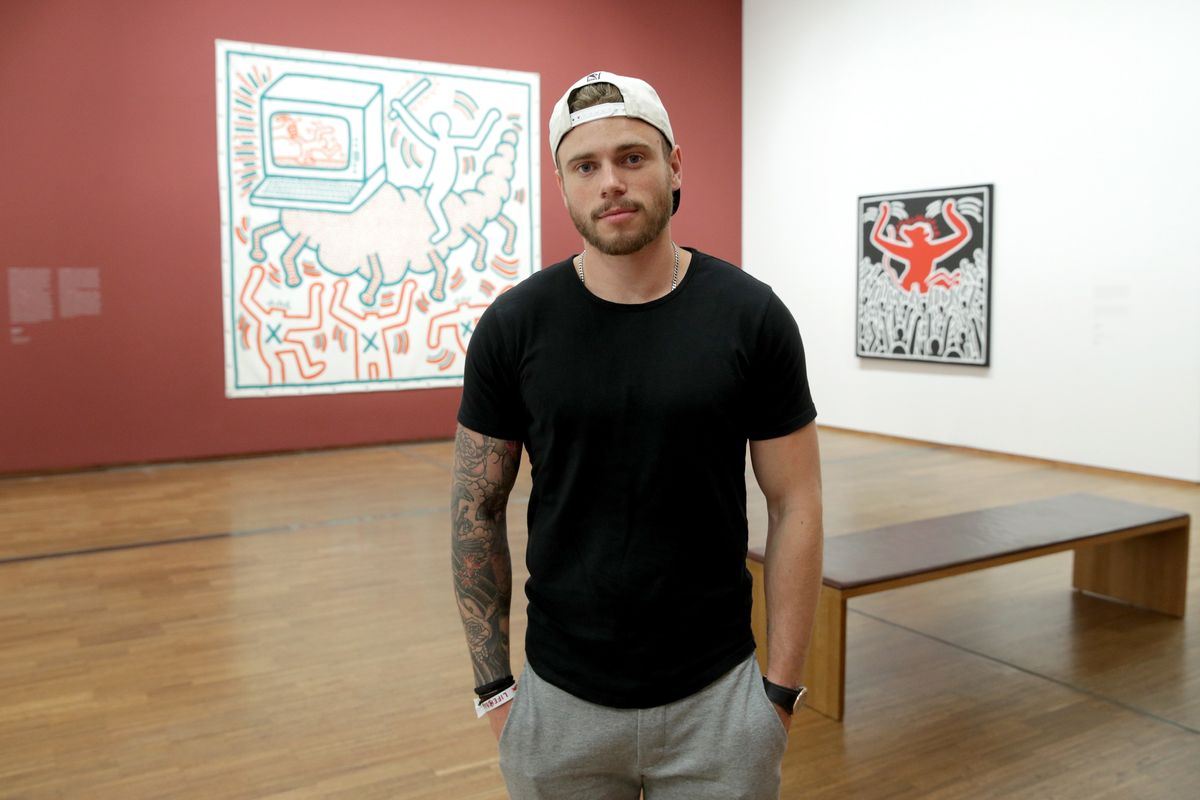 Gus Kenworthy Breaks Down His Playlist of Essential Queer Anthems

U.S. Olympic freestyle skier Gus Kenworthy made a triumphant return last year to the Winter Olympics as an openly gay athlete. The reigning silver medalist from Sochi in 2014, Kenworthy may have failed to win gold but instead cemented himself as an LGBTQ sports icon after kissing his boyfriend on national television. A heartwarmingly historic moment, Kenworthy has since been living his best life making appearances everywhere from fronting a Moncler campaign to a recent guest judge spot on RuPaul's Drag Race: All Stars.

Now gearing up for the Winter X Games taking place January 24th through the 26th is Aspen, Kenworthy has taken a quick break from his hectic schedule to share with us a playlist of his most essential queer anthems. Breaking down for us all of his favorites bops from queer icons such as Hayley Kiyoko, Troye Sivan, and Years & Years to rising voices like VINCINT, MNEK, and Leland, Kenworthy covers all the bases in a playlist that is sure to win over everyone's little gay hearts.

"What I Need" by Hayley Kiyoko (feat. Kehlani)

I love this song and both these girls. I did a Pride shoot with Hayley a few years ago and I was too shy to tell her how much of a fan I am, but I love her music and how visibly queer she is. And Kehlani is honestly just the most underrated artists in the game. She's an insane dancer and vocalist and she's soon gonna go from being the "hook girl" to the next Rihanna.

I've been a Troye fan since his YouTube days and "Happy Little Pill." I absolutely loved every song on Blue Neighbourhood and Bloom did not disappoint. It was hard to pick a favorite off the album, but I went with "Plum" because I feel like it flew more under the radar than other tracks on the album.

I loved seeing Olly be an out and proud front man of a band, and I think this album is their best album yet!

"Close Your Eyes" by Kim Petras

Every single one of Kim's songs are certified bops and I literally chose this one arbitrarily because I couldn't pick a favorite. Every other pop star does Christmas albums but our trans queen delivered exactly what the gays wanted: a Halloween/pop crossover.

I truly think VINCINT will be remembered as one of the greatest male vocalists of all time.

I just love Sam's voice so much. I've been completely hooked since I first heard "Stay With Me" off his first album and I've loved everything he's done since, but a lot of his songs are slower so it's fun to have one you can really dance to.

"Middle Of A Heartbreak" by Leland

Leland is an incredible songwriter. There are so many songs that he's written for other artists I love (like Troye Sivan), but I also love his voice the songs he's written for himself and I'm excited to see him get recognition as a singer.

Related | Leland Dances Through Lonely in 'Middle Of A Heartbreak'

In 2018 Janelle came out as pansexual and she also blessed us with Dirty Computer which was one of my favorite albums of the year.

Related | Celebrities Are Identifying as Pansexual, Here's What That Means

I've loved MNEK's songwriting for artists like Beyoncé and Dua Lipa, and his debut album Language did not disappoint!

"Sweet But Psycho" by Ava Max

I think Ava is going to be the next big pop star that the gays idolize like Britney or Gaga. She's not queer but she's a fierce ally.

The Winter X Games air January 24th-26th on ESPN and ABC and will feature musical performances by Lil Wayne, Kygo, The Chainsmokers, and Louis the Child as part of the X Games Concert Series.