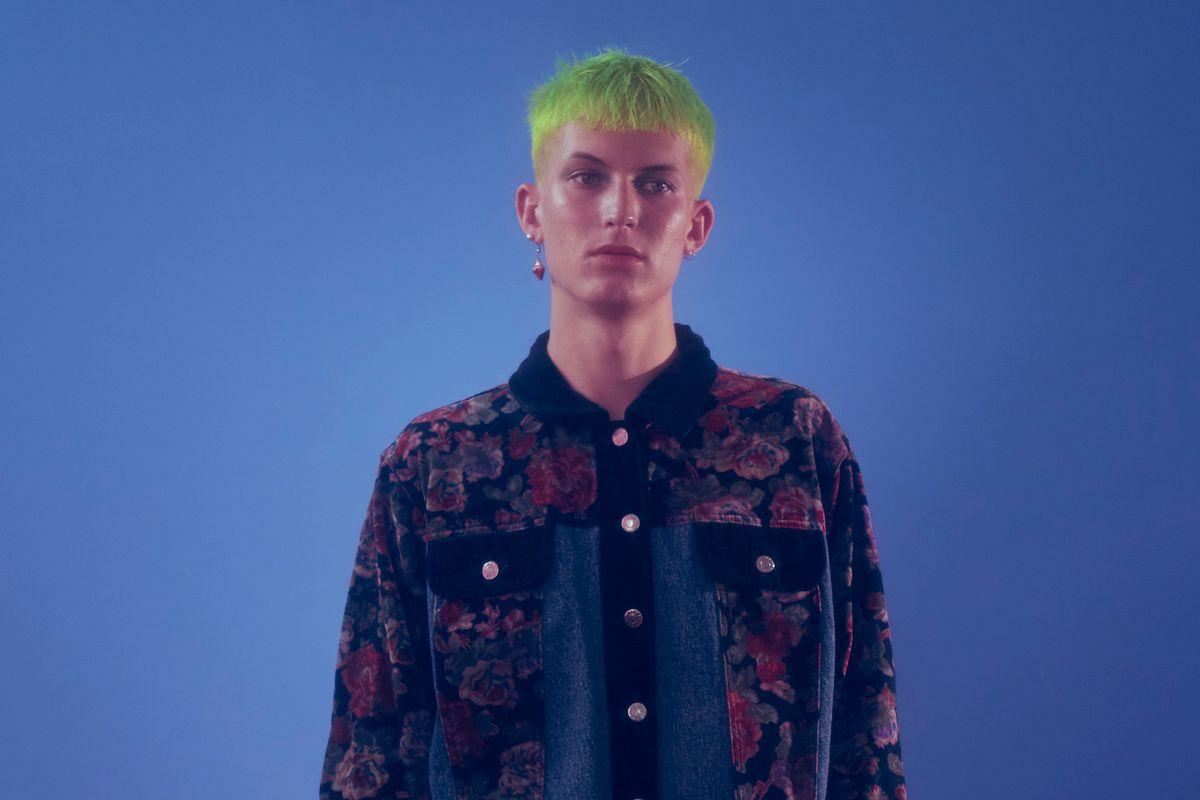 Help Gus Dapperton Save the Environment

As of late, Gus Dapperton's been on a mission to use his platform to help the causes he cares most about. The lo-fi pop singer has taken fame and democratized it, to an extent. His latest project, a dancefloor-ready techno and house EP called In Passing: 001 was created to benefit the Ali Forney Center and help homeless LGBTQ+ youth in New York City. Now, after a sold-out first drop, he's pairing up with Depop to sell some of his iconic looks to benefit the Environmental Defense Fund.

The second drop is sure to sell out as well, with fans clamoring to purchase garments from music videos for songs like "I'm Just Snacking" and "Coax and Botany." Despite debuting two multi-medium charity-centered projects over the past couple of months, Dapperton tells PAPER that this is only the beginning of his plans to use his platform for good going further.

Read Gus Dapperton's full interview with PAPER, below, to get the scoop on how he first came across Depop, his new music, and his passion for the recent youth climate strikes that took place around the world.

Were you a Depop user before you debuted this collection?

As soon as Depop came out I downloaded it. This is like, 2016, and I was always using Etsy and what not. Then, I downloaded Depop and it was just much easier. I used to use it a lot, but I had always wanted to sell my clothes in some way, shape or form. There was no real platform, I didn't really see a way to do it. We started talking to Depop around when I did the "Coax and Botany" video and we just thought it would be a really good opportunity to give those clothes away.

When you were on the app before you started your collection, what kind of stuff were you buying? Or were you more selling?

I was mostly buying just a bunch of random vintage pieces and stuff. An assortment of all sorts of stuff.

The first drop you did sold out, unsurprisingly. Were you hype about that?

Yeah, I was really happy. I didn't think it would go so fast. I think a lot of those pieces are from particular videos and photoshoots and things, so it might make it a little more exciting to have those pieces that people have seen in a music video or something. I was really stoked. I'm really excited to put more clothes up on this site, to be honest.

Have you seen any fans taking pictures in the clothes yet?

It's a jacket that I wore in "I'm Just Snacking," it's this really bright orange Woolrich jacket that I got a long time ago. It was totally my vibe, so I just want to see someone wearing that.

So, all the proceeds are going to the Environmental Defense Fund. Can you talk to me about your connection to that?

I just always am trying to give back to the environment whenever I can. I compost, recycle, donate lots of my old things and trying to not eat meat. So I just thought this was another good opportunity to do that. The fashion industry, in general, has a really big negative effect on the environment. So whenever there is brands doing something in a positive way for that, it's always good. So I just think that recycling, reusing and reselling clothes is a really good way to do that. It's a good cause.

Did you participate in any of the Youth Climate Strikes recently?

Yeah, me and my girlfriend went to the strike in New York and marched and it was really inspiring. It was inspiring because me and my girlfriend were probably the only mid 20-year-olds I saw. The rest, most of them were children, 18 and under. Lots of young children screaming at the top of their lungs, not in an obnoxious way, just a really dedicated, passionate way. And then the other people were parents of those children. It was like nothing I've ever seen before. I've been to a lot of protests and I've never seen kids that active with any particular issue all around the world. It was crazy.

Do you see other areas of your platform that you want to use to start helping the environment? If you could do something else with Depop, or are there any other initiatives that you want to call attention to or action to?

Not particularly at the moment. I am definitely going to sell a bunch more of my stuff and keep doing that as much as possible. I recently put out a project and all the proceeds are going to charity, so maybe I could do another musical project where the proceeds would go to the environment.