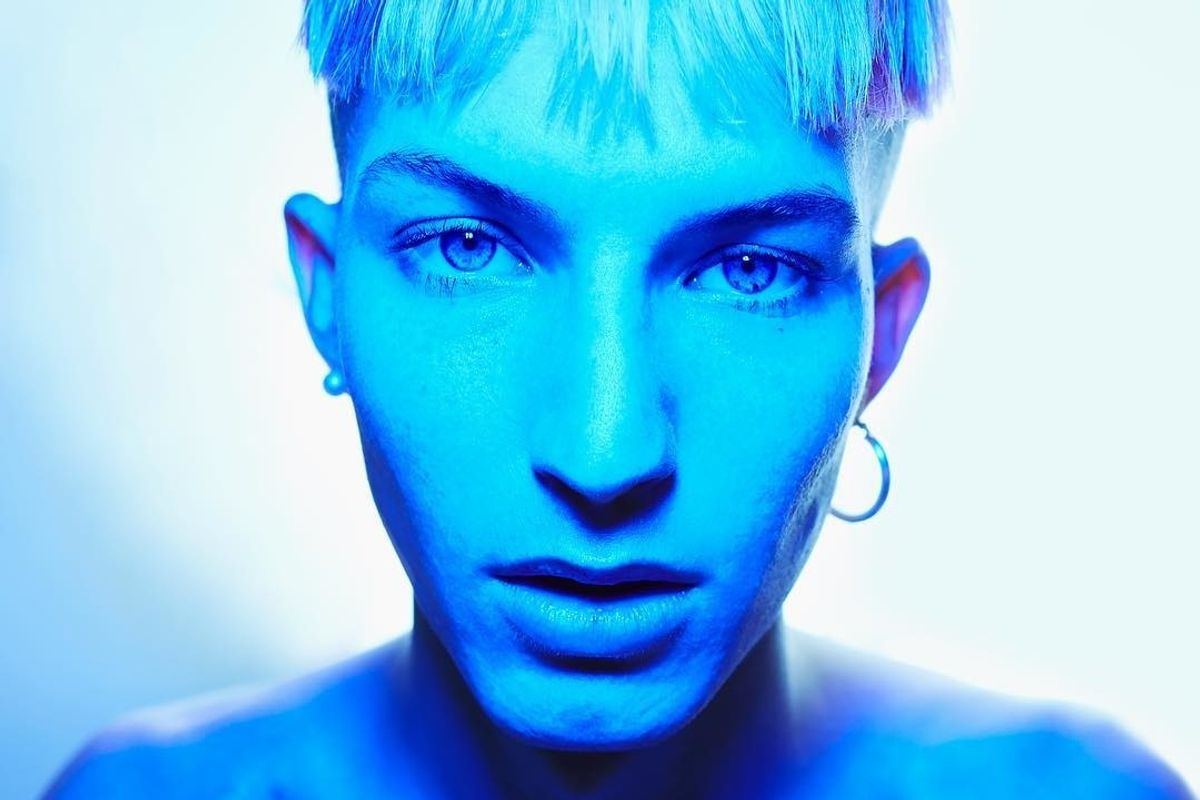 Most of the world was introduced to Gus Dapperton, the shimmering new personality of lo-fi pop, on his 2017 mega hit, "Prune, You Talk Funny." The track was everything that indie-pop represents, yes, but it was so much more — a cult of personality formed around Dapperton and his style, marked by indie-slanted 'dos and vibrancy. Most of all, though, he managed to carve out a place in downtempo pop. His music has made its way into every Bushwick house party known to man, but now he's ready to crank it up a notch: enter, In Passing: 001.

Dapperton has teamed up with long-time friend and collaborator, electronic DJ and producer B. Hayes, for a booming new EP that strays away from some of the Dapperton-endorsed sounds we've come to know. While still flirting with indie pop tropes, In Passing: 001 is for house parties that begin once the night has passed. Listening to the thumping techno and house samples underneath Dapperton's frothing vocals is akin to combing through the fog at the front of a DJ booth, half-searching for your friend you lost track of, half-partying 'til dawn.

"I am a fan of most genres. and I make a plethora of different types of music for fun in my free time. These songs are influenced by the music I like to dance to," Dapperton clarifies of the new sound. He says that the first single, "Give It To Me Straight," was made on a ferry while on tour, and that DJing is a prevalent side hobby of his. "I do it less often but have an equal amount of fun doing so," he says. "I don't think that it initially related to the theme but looking back at it now it definitely does." The theme of In Passing: 001 isn't just endless partying to house beats, though — the EP is for queer youth.

The proceeds of Dapperton and B. Hayes' new project will go to The Ali Forney Center, a dedicated community center for homeless LGBTQ+ youth in New York City. "I was lucky enough to attend one of their events a while ago and it was inspiring, to say the least," Dapperton continues. "They just do really great work and this project felt like a great fit."

He isn't wrong about the EP fitting so tightly in-line with the work of the center, either. Not only is the cover image a skewed rainbow, fuzzed out into a blur of pastels — a visual complement to the bright, shuffling sound of the EP — the genre and style is rooted in queer nightlife history. From the house umbrella-genre as a whole down to specific drum hits and samples, the In Passing: 001 is for a hopeful night on the dancefloor, with abandon and norms thrown to the wind.

To learn more about The Ali Forney Center, visit AliForneyCenter.org. Then, make sure to donate so they can continue their life-saving work here.