Kate and Laura Mulleavy are partners in crime. Not only do the sisters live, work and play together; share friends, an email address, a Lexus hybrid and a love of horror films; but they have been creating the extraordinary fashion line Rodarte for the past six years. I fell hard for these women because of the beautiful and ethereal clothing they consistently design, and for the eclectic Californian culture they embrace and integrate into their vision. They are true-blue eccentrics in the most marvelous sense of the word. But despite their D.I.Y. outsider spirit and California kookiness, the Mulleavys have been able to charm the entire fashion world, which has been smitten from the start with their romantic, lush and super-imaginative clothes and
the couture-like approach to their craft (some of their garments have taken hundreds of hours to sew).

This year has been monumental for the sisters. Rodarte's Spring 2011 collection took their work to new levels. By juxtaposing cleaner engineering and simpler, less random structures with an out-there mix-and-mash of Cali references (woodgrain prints and earth tones recall everything from Redwoods to the wood-paneled walls of their childhood rec room), Rodarte has hit a powerful stride. This month, the sisters opened a show of their work at Los Angeles's MoCA, featuring recent fashion pieces as well as multiples of the amazing costume designs they created for Black Swan's costume designer, Amy Westcott. They're also releasing an art book in collaboration with two of their favorite photographers, Catherine Opie and Alec Soth. While catching up with them recently, I found it refreshing that despite all their recent success, Kate and Laura remain two (not-so-regular) California-dreaming girls, who will likely never be able to contain their enthusiasm for fashion and love of what they do.

KIM HASTREITER: When I first met you guys, Laura was waitressing in Pasadena. Do you still live there with your folks?

LAURA MULLEAVY: Yes. Both our parents grew up there.

KH: What do you love about living in Pasadena?

LM: It has beautiful gardens, like the Huntington, great museums, like the Norton Simon, and amazing architecture. It's also interesting because Route 66 starts here as this little windy road. The house we live in is next door to where Albert Einstein lived when he was working at CalTech.

KH:  You work in Downtown L.A. these days. Fun things are happening there.

LM: There's everything from old industrial stores to people trying to start up things that are newer. I'm just waiting for someone to restore the old Mayan Theater, which is absolutely incredible. There's also the old Biltmore. And on Grand Avenue, where it looks like the apocalypse, there's a little bookshop that's been around since the '50s called Caravan Books. It's amazing.

KH:  You didn't grow up in Pasadena?

LM: Our dad was doing post-doctorate work up in Berkeley, and that's when they had Kate. They had me a year and a half later. We grew up in the hills of Santa Cruz, where they filmed The Lost Boys.

KH: Did you always love fashion?

KATE MULLEAVY: Yes. It relates back to where we grew up in the '80s. The Lost Boys really captured Santa Cruz in a crazy way. I always thought the footage of the kids on the Boardwalk had to be real because that is what it actually looked like -- a  weird mixture of punks, skaters and surfers. I once watched a director's interview and he said that all this footage was actually documentary. I remember one time my mom took us to see a movie at the old Capital Theater. This kid sitting in front of us had a crazy, amazing mohawk and Laura and I couldn't stop staring at it and kept asking to touch it. We have this inclination to be curious about how people express themselves -- how you dress and what that means to who you are creatively. I think that came from living in this very isolated community, but I think it had a huge influence on our wanting to become designers.

KH: Although your family moved back to Pasadena, you both ended up going to Berkeley. What did you study?

KM: I studied art history with an emphasis on 19th and 20th Century art. Laura was an English major, concentrating on modern Irish literature.

KM: I feel like I wouldn't be making the things I make or have the creative process I do today if I hadn't had the education that I had. It formed my understanding of how complex ideas can be. I even took a class called "The search for Life on Other planets!" Humberto Leon from Opening Ceremony, who was there at the same time, told me recently that when we were there, Berkeley had the most nobel laureates teaching in the world at one school.

KH: I hear you went to school with a bunch of other interesting people we know.

KM: We also went to school with [Leon's Opening Ceremony partner] Carol Lim, [the designer] Patrik Ervell and [photographer] Todd selby, too. It was really a special and interesting time.

KH: What did you do right after graduation?

LM: Our only plan was that we were going to move home. Kate and I mostly  just watched horror films. I think after you graduate college, you need some time to figure out what you want to do.

KH: Then one day you decided to sell your record collection at Amoeba Records and raise money to make some clothes.

LM: Yes, we bought fabric and made ten pieces. We knew nothing except that we were going to go to New York during Fashion Week. Our friend Jen, who at the time was in school studying art conservation, was the only person we  knew there, so she let us stay at her tiny
apartment in the Lower East side with two dogs and this Byzantine icon she was recreating in the corner.

KM: We had these clothes--seven dresses and three coats -- and we didn't know what we were doing. The whole experience was crazy, especially when we got called into WWD. We don't even really know how that happened. It could have been from these handmade paper dolls we'd made and sent around to people. I spent so much time putting every detail of the collection on them, even accessories.

LM: They even came in a flat paper armoire! WWD called us in after we'd been there only a few days. We walked into a room, and Bridget Foley and Bobbi Queen were sitting there and asked us all these questions. Then they took our picture and put it on the cover.

LM: Definitely. We have like 500 copies of that issue, by the way.

LM: We went back home, then returned  a week and a half later to try to sell the collection to stores. Our very first appointment was with Roopal Patel from Bergdorf Goodman. Then we went in to see Julie Gilhart at Barneys.

KH: Then Anna Wintour got curious?

LM: Yes. she was coming to L.A., so we met her there the following month.

KH: It seems so insane how you were discovered. Most super-rad creative people like yourselves toil for years underground to survive. Their support system is often alternative and then the buzz eventually seeps upwards, but in your case it's the opposite. It's like you started at the top. You go to Berkeley, move back with your parents, watch zombie movies, then come to New York for the first time with ten garments you sewed yourself and within days, boom! you're on the cover of WWD? Then a month later Anna Wintour wants to meet you? You can't make this stuff up! What do you think it was about Rodarte  that sparked the established fashion
community to rally behind you, all without having to compromise or sell out?

KM: I think that's a really great question because I don't know for sure.

KH: I think one possibility is that what you do at Rodarte is beautiful. I think beauty
is a part of it.

KM: I do also think that we're pretty honest about what we do. if I look at some of my
favorite horror films, I'll think, "Why did this film become huge, and that one didn't?" in horror as a genre, there are amazing films that become the biggest works that have ever been made. But some of the greatest films also stayed underground. I always wondered what it is about Night of the Living Dead that achieved such success, but then you have something like Carnival of Souls, which did not. Anyone who loves horror films would know that film, but it's
much less known than Night of the Living Dead. We feel really lucky that we get to be part of a dialogue that's inclusive to our point of view, which is a little different.

KH: I love how you relate everything back to horror films!

KM: I'm reading a book about the making of Night of the Living Dead. I am obsessed with it. It's amazing how the film was made completely independently and is arguably the greatest zombie film ever made. What I love most about horror films is how they tend to align themselves with cultural moments. This book is such an incredibly insightful look into the making of a very political and artistic film.

KH: As partners and as sisters you have an extraordinary and crazy collaboration.

KM: In terms of working together, we both pretty much do everything. We pick fabric, draw and edit together. Laura's always had tunnel vision. When we're building a collection or working together, she's very focused. Once she makes up her mind about the idea of something, she really sticks with that. I'm the one that tends to be more, "I know we're doing this, but I was just driving and saw this and..."

LM: Kate and I are always on the same thought plane, but we have different ways of getting there. Kate's more analytical in a long-term sense. Once I make up my mind I'm pretty focused, whereas Kate will constantly re-question things. Having someone there to constantly be in a dialogue with makes the choices easier.

KH: You have so much going on right now. And your new collection is showing soon.
What were your inspirations behind it?

KM: We have so many different, chaotic ideas. We never know until literally, like, days before our show what they are. I think it's very confusing to everyone who has to know things in advance (like the press or those who are designing our invitations) but we will know when we know. â 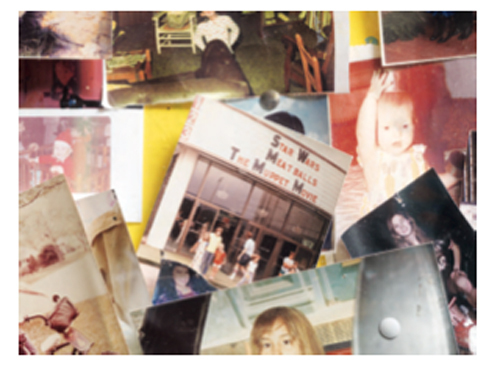 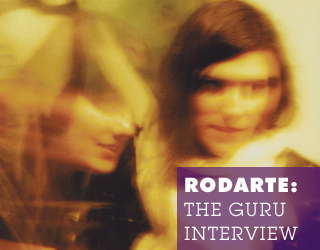 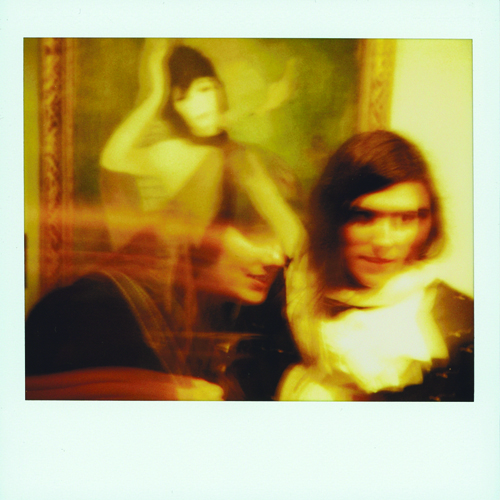 Previous Next
The Mulleavys in Paris 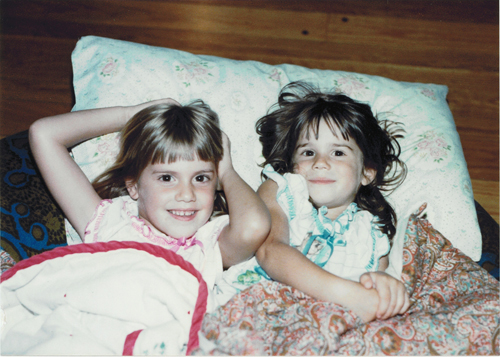 Previous Next
(l-r) Kate and Laura Mulleavy have been collaborating since childhood. 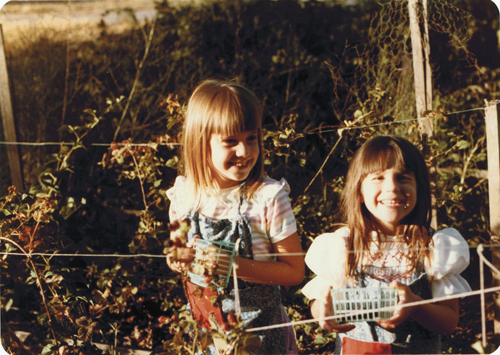 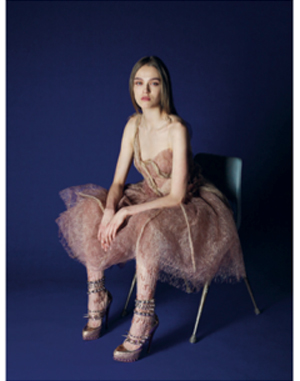 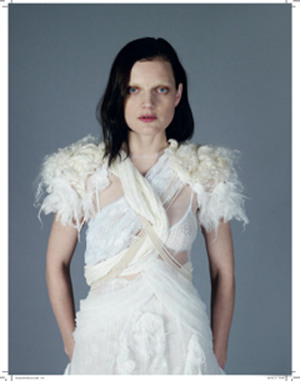 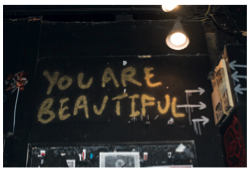 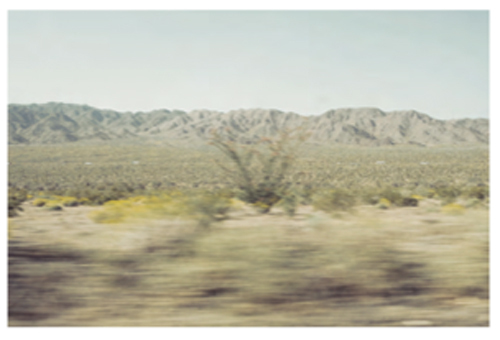 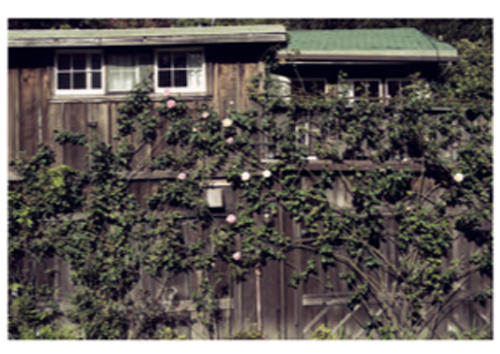 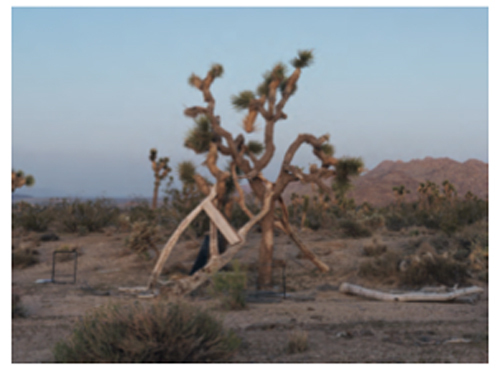 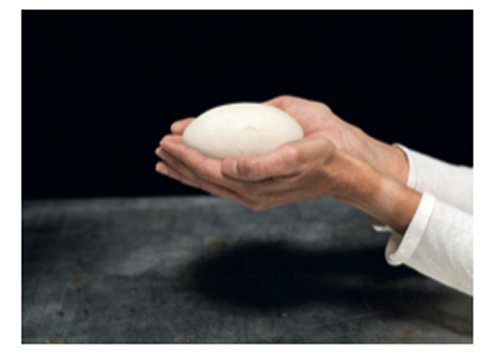 Gucci Partners With the WHO for COVID-19 Relief