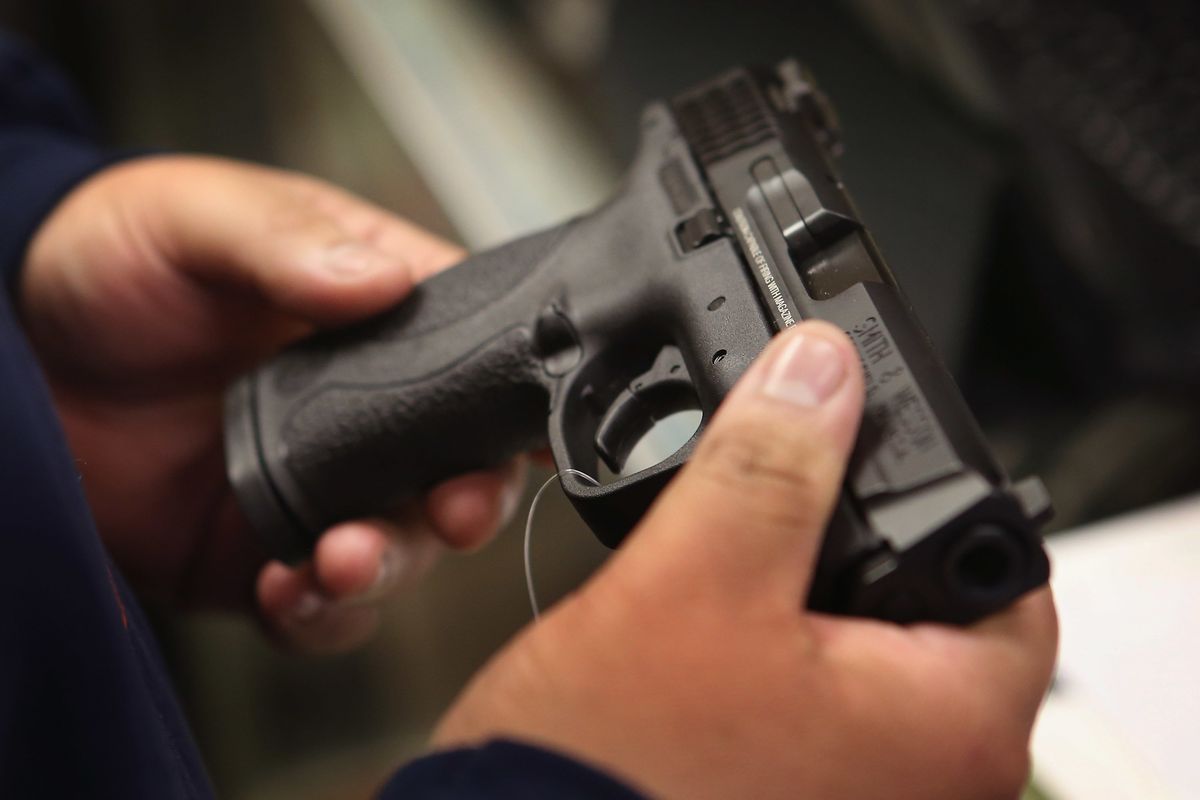 Just as students are staging a walk out to protest gun violence, a high school teacher has injured three of his students by accidentally firing the (illegal) semiautomatic weapon he brought in to class to teach gun safety.

This is, of course, in response to the Marjory Stoneman Douglas school shooting in Florida, in which Trump suggested "highly trained" teachers be trained in the event of a future attack. According to KSBW, the shooting happened yesterday at Seaside High School, in Dennis Alexander's administration of justice class.

Related | Students Walk Out of Classrooms to Advocate For Gun Control

Alexander reportedly brought the gun into the classroom (illegal in California) and fired it on accident while checking if it was loaded. The bullet ricocheted off the ceiling, injuring three students — one of whom, a 17-year-old, was left with bullet fragments in his neck. Alexander has been placed on administrative leave, not only from his teaching job, but also from his gig moonlighting as a reserve police officer with his local police department. One might even argue that he was "highly trained."

If that doesn't sell you on leaving teachers unarmed, and instead combating mass shooting with updated gun laws, I don't know what will.