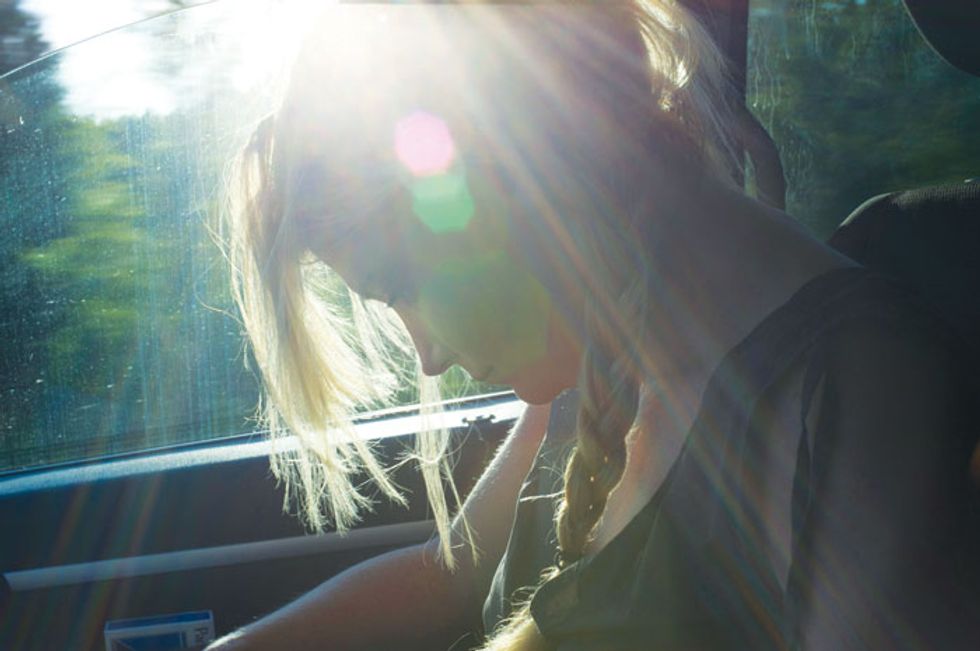 With the new year barely underway, indie-rock guitar hero Marnie Stern has already narrowly avoided a tragedy. "I'm in Florida visiting my mother, and her dog attacked my dog," Stern, 36, says. "She had three crazy bites and there was blood everywhere. It was really scary, but she's alive and she's good." Fans of Stern's ebullient, virtuostic, guitar-shredding anthems are familiar with her pint-sized pooch, Fig, who has appeared in her past LP's artwork, and who's featured prominently on the cover of her new album, Chronicles of Marnia.

The title of your new LP is bonkers. How did it come about, and what were the first reactions?

I'm always saying goofy stuff. I was probably joking around with someone. Then I told a friend of mine who said it was horrible, that it was the worst title he ever heard. Then I told another person who loved it. So I just went for it. I usually act before I think, which may not be the best way to do things.

If you're always saying goofy stuff, how is it that your lyrics tend to be so uplifting?

I try to put my best foot forward when I'm writing stuff. In regular life, I'm silly. In the lyrics, I'm always trying really hard to inspire myself. They're philosophical, almost unattainable phrases and ideas.

Have you written one song in particular that's inspired you more than others?

As I'm going, I use both the music and the lyrics to inspire me. Sometimes you'll be working on a record for a year. So it's to get me going in life. One follows the other. I'll be listening to a riff, and that will help push me to feel elated, and then I'll write a lyric about it. For this record, "The Immortal Song" had that effect. When I write, I'm either thinking of me, my best friends - how it'll make them feel.

You also teach guitar lessons in your Upper East Side apartment. Have you had any memorable experiences with students?

With a handful of people, it's amazing how they're sponges when they want to be. It's fun to watch people come in who are beginners and develop into real players over time. To see their excitement, it makes me excited.