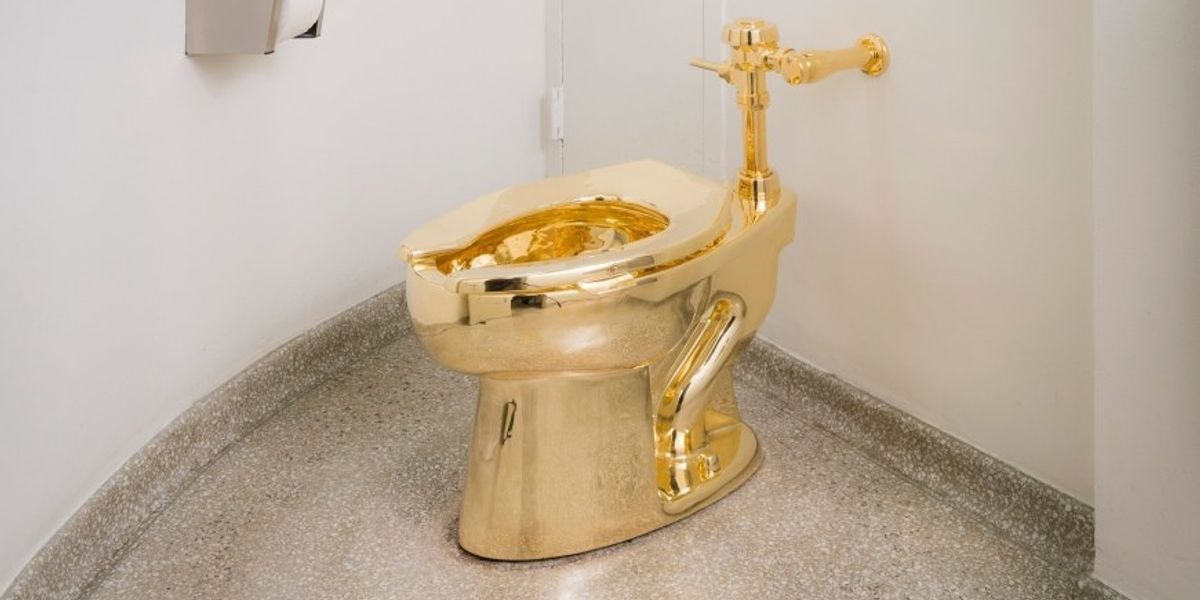 In today's "yes this is really the world we live in now" news, the Guggenheim Museum in New York reportedly offered president Trump and his wife Melania a used, fully functional solid 18-karat gold toilet titled "America," in response to the White House's request for a Van Gogh painting to hang in the first couple's private quarters.

The toilet, estimated to be have cost more than $1 million to make, is a satirical comment on the excess of American culture by Italian-born artist Maurizio Cattelan.

The Washington Post obtained an email from Guggeinheim curator Nancy Spector to the White House in which the toilet was offered in lieu of the requested "Landscape with Snow," a pastoral painting by Van Gogh from 1888. Not quite what they had in mind, surely, but the Guggeinheim's point was made.

For a year, the Guggenheim had exhibited the toilet in a public restroom on the museum's fifth floor for visitors to use. Spector wrote in the email that the artist "would like to offer it to the White House for a long-term loan," adding, "it is, of course, extremely valuable and somewhat fragile, but we would provide all the instructions for its installation and care."

The Post reports that when Cattelan was asked "to explain the meaning of his creation and why he offered it to the Trumps, he said, 'What's the point of our life? Everything seems absurd until we die and then it makes sense.'"