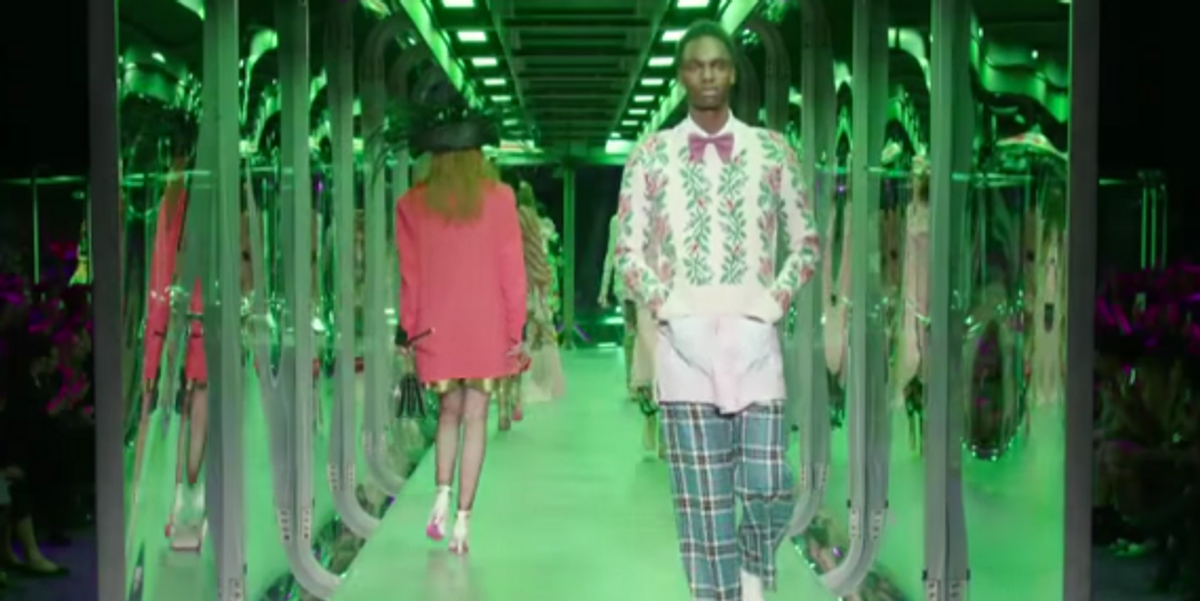 Gucci's Milan Presentation Was All About Diversity

Those who have any experience with the fashion house will remember casting director Barbara Nicoli describing the reason why those representing the it are mostly white – essentially trying to justify why only white girls can accurately represent Gucci beauty.

Even last September, of the 75 looks on show, very few were worn by non-white models – which resulted in casting agent James Scully giving Gucci "two thumbs down for lack of diversity".

Now, thankfully the brand is showing signs of life and becoming increasingly woke. Not only did today's runway feature many more diverse faces, Gucci announced today it was partnering with non-profit Liberi e Uguali (which translates to free and equal) to prioritize inclusion.

"In the past two years, we have implemented a complete turnaround of our company," CEO Marco Bizzari said of the decision to WWD Daily. Following our mantra of being the voice of self-expression. Attracting, retaining and promoting talent, while celebrating ethnic, age, sexual and gender diversity, sexual orientation and gender identity across the company, is our mission..."

Watch the full runway below, which, despite being wonderfully presented behind plexiglass and is not a Spring collection, was still a whole lot of florals and glitter. You have to admit, though, they do it well.