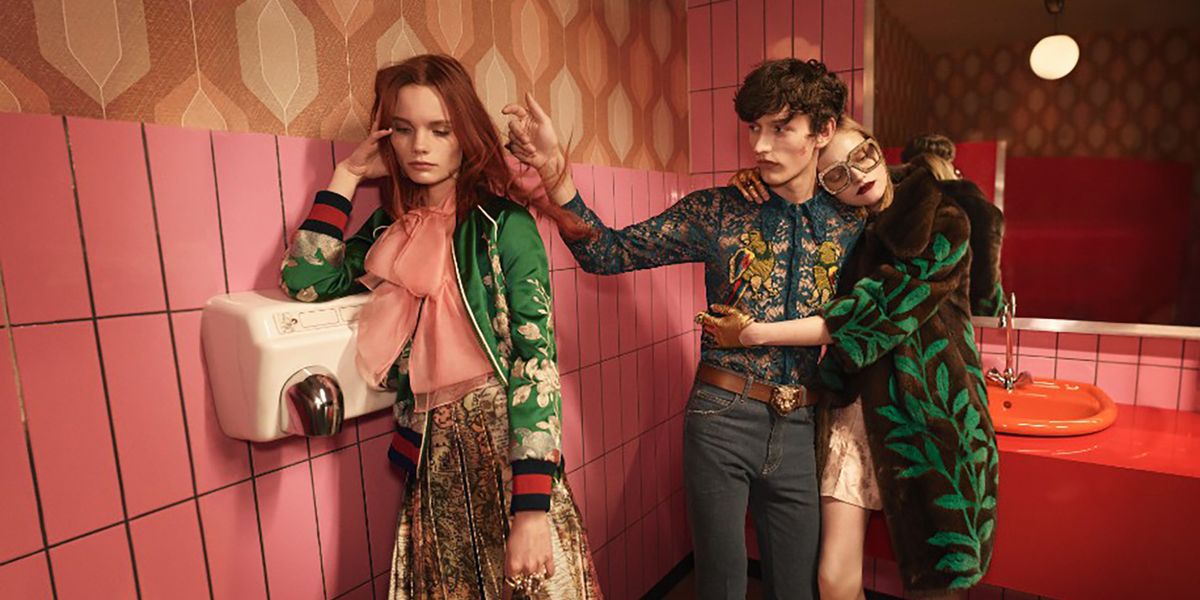 Featuring a live peacock as a prop.

There seems to be a bit of a pattern emerging when it comes to Gucci's seasonal campaigns and it involves hitting the streets...in a totally high-fashion kind of way. After a successful campaign shot throughout Los Angeles for the Fall/Winter 2015 season, the fashion house now takes to the streets of Berlin for its latest advertising effort.


Shot for the Spring/Summer 2016 season, the ads were captured by Glen Luchford, under the art direction of Christopher Simmonds. The images act as a continued dialogue of Gucci's rebranding efforts, trying to move away from the inaccessible to, well, the more accessible (in terms of youthful silhouettes and colors -- the price is still totally crippling).

Filled with pieces for both men and women, the collection embodies the decadence and spirit of 1980s Berlin. The models are youthful, energetic, and strung the fuck out in nightclub bathrooms or running and skating through abandoned malls. There's even a live peacock used as a prop! The brand described the campaign images as follows:


"[The pictures have a] feeling of after-dark intimacy, while the interaction between the protagonists suggests a strong, unheard script."

These images are beautiful but still, we can't help but think that if Gucci wanted to rebrand the label and aim it towards millennials, they should have shot the entire thing in the line outside the iconic nightclub Berghain. Maybe for the Fall/Winter 2016 campaign?