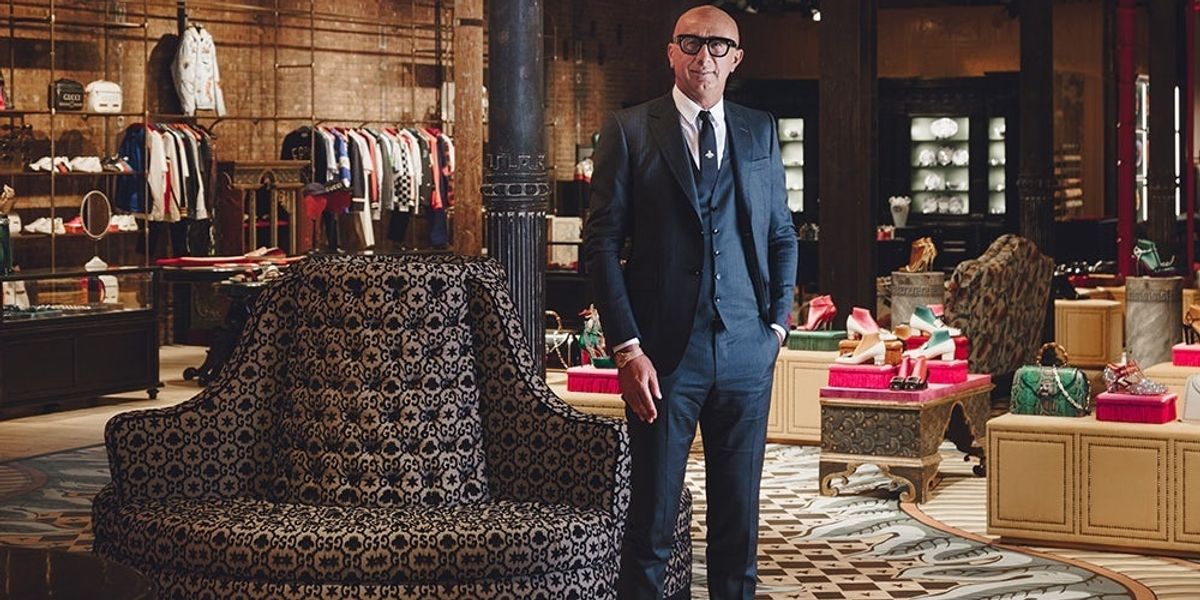 If the prevailing wisdom is that the millennial shopper is only-only, Gucci is flipping that axiom on its head with its new Soho store, which opened this weekend.

In an interview with Business of Fashion, Gucci chief executive Marco Bizzarri said the idea that young people no longer shop IRL is an "oversimplification." Instead, shoppers are bored by traditional stores and websites alike. He and the team at Gucci plan to change all that with the store at 63 Wooster in the heart of New York City.

While Alessandro Michele's designs remain wildly popular, the intense luxury store experience is not so much. Thus, Gucci is ditching "snobbish" trappings like the intimidating, suited security guard and the separate sections for high priced items like jewelry.

Instead, Gucci has filled the store with "connectors," or store associates fluent in Gucci's story and great at selling the items stocking its 10,000-square-foot space which also includes sofas, bright lighting and colors and video installations.

"It's the idea of a candy shop," Bizzarri said. "You come, you pick, you enjoy."

At the store's launch event, friends and fans of the brand lended their presence to a celebratory evening that included a live performance and preview of an original film produced in collaboration with Frieze. E ryone from Rihanna, to A$AP Rocky, to Dapper Dan to Alexa Chung was there.