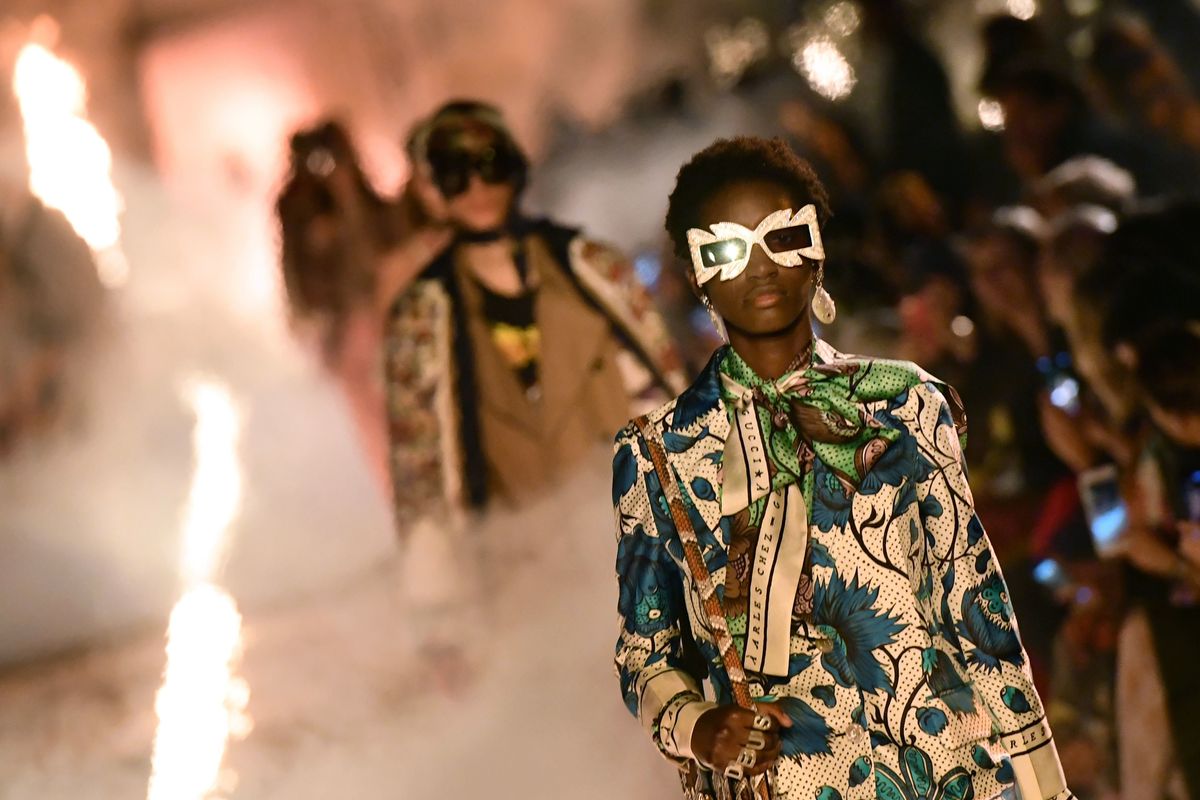 Gucci Is Heading to San Francisco for Cruise Show

After years of showing in far-flung locations like the cloisters of Westminster Abbey in London and the Capitoline Museums in Rome, Gucci announced it will stage its next cruise show in San Francisco on May 18.

The brand's creative director Alessandro Michele chose the Northern California city for its history as a center of liberal activism, according to a release from the company. It's a fitting location for Michele's upcoming show, as his collections have largely embraced ideas of self-expression, gender fluidity and diversity.

"A cultural melting pot and the setting for many historic moments that have shaped the world, San Francisco is a symbol for liberty," the brand said in a statement, "where antidotes to discrimination have been cultivated, sowing the seeds for freedom of self-expression for many."

Gucci joins a group of other luxury brands holding their cruise shows around this world this year. Giorgio Armani is kicking things off by showing its cruise collection in Dubai in April, followed by Chanel (Capri, Italy), Dior (Lecce, Italy), Prada (Japan) and Max Mara (St. Petersburg) all in the month of May.