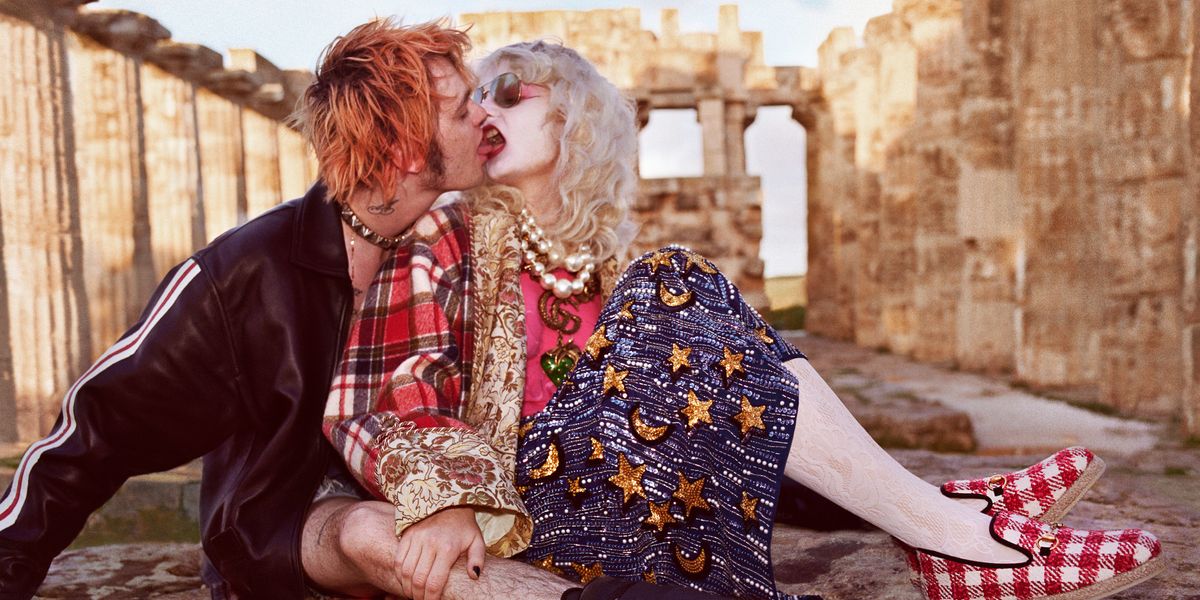 A 7th century Socratic seminar, but make it 20th century Venice Beach. This was Gucci's inspiration for its pre-fall campaign, which turned the ancient Greek city of Selinunte (today, the south-west coast of Sicily) into the stomping grounds a misfit troupe of "hardcore punks, rollerbladers, bodybuilders and surfers."

The colorful clusters of bodies reclining, laughing, playing sports, kissing and talking were intended to invoke the "classical symposium" or the "gatherings that took place on the ancient acropolis, where people would socialise to the accompaniment of music and dancing, listen to poetry recitals and indulge in long conversations."

It's a fresh and enchanting take on the classic strategy of new-old juxtaposition. Thanks to photography by Glen Luchford and creative direction by Alessandro Michele, the campaign resembles the chipping frescoes (that might've been painted of the ancient gatherings) themselves. The designs — a power clashing collage of florals, prints, pinstripes, lace and leather — aren't stamped by any particular decade, but it's easy to picture the beret-ed and mohawked crowd debating the merits of anyone from Allen Ginsberg to Tupac on the crumbling columns, where people discussed Plato thousands of years prior.

The campaign is the latest evidence of Michele's ongoing obsession with the ancient Western world: his invitations to the Gucci fall 2019 show were giant plaster heads, cast from the head of a Hellenistic statue of Hermaphroditus.

Watch the campaign film below: