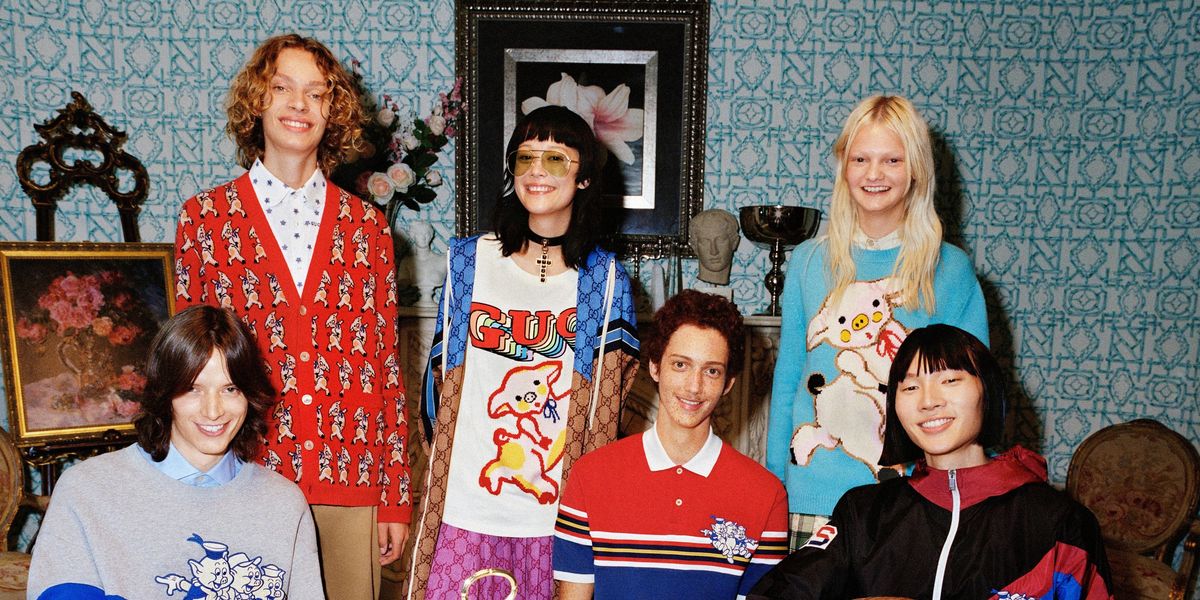 This Little Piggy Went to Gucci

This just might be one of the most adorable fashion campaigns we've ever seen: Today, Gucci announces a special collection honoring Chinese New Year, year of the pig, beginning next month on February 5.

There are pig motifs throughout the 35-piece collection featuring Gucci's classic logos and colorways. Some of the embellishments are designed originally by Gucci, and others are re-animations of Walt Disney characters that first appeared in Three Little Pigs, an animated short from 1933. The Gucci-crafted pigs are woven into various women's and men's knitwear pieces, including sweatshirts, scarves, beanies, socks and more. The Disney pigs are transformed into patches adorning Gucci's popular ACE sneakers, wallets, totes, and Gucci Supreme backpacks. There is also a luxe reinterpretation of the fashion house's hexagonal eyewear, in a candy-apple red shade.

The accompanying year of the pig editorial imagery, shot by Frank Lebon, features actual pigs (#WhereIsPiggySmallz) modeling alongside the new collection, which spans all categories from women's and men's ready-to-wear to leather goods, shoes, accessories, and luggage. The pigs are the true stars, and the models are the co-stars of this carefree made-in-New York fantasy. It's also very smart, seeing as how the Internet loves animal-centered content.

See a selection of images, below.

Follow Gucci for more updates, including exclusive product launches. And on the Gucci app, you can take selfies with the cute piggies or make dancing videos. Honestly, why not?