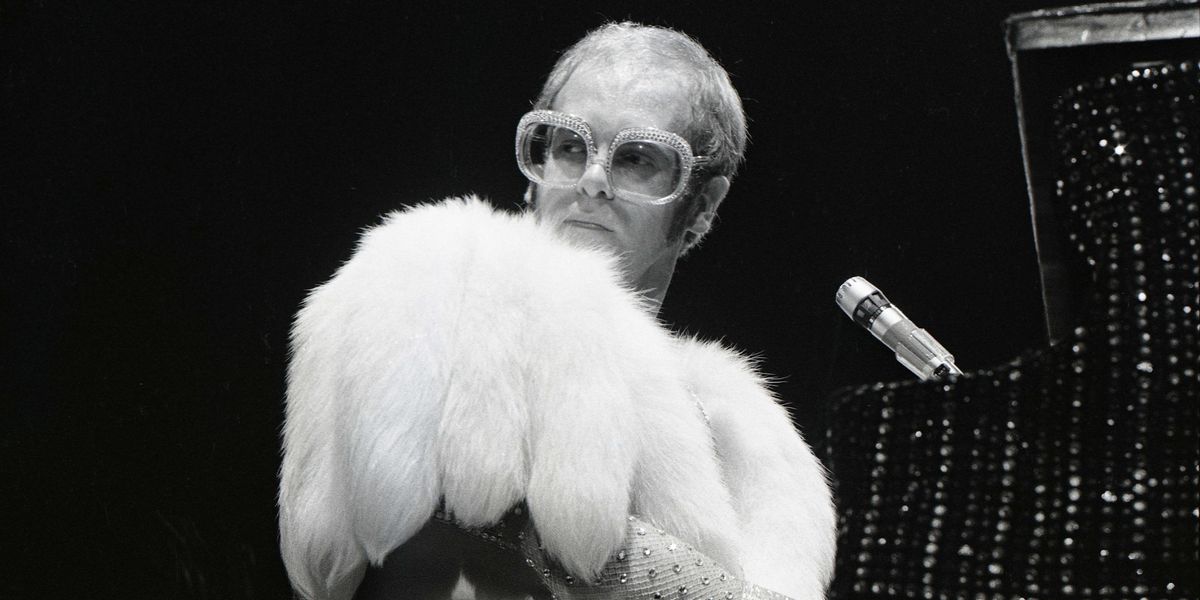 The term "style icon" tends to be thrown around a little too liberally nowadays, but when it comes to the living legend that is Elton John it almost doesn't feel like enough anymore. John is a figure whose utterly unique sense of style not only became an ingrained part of his identity but actually pushed the culture at large forward, challenging the zeitgeist to embrace the flamboyant as elegant. In a very real sense, we would not have had a Camp-themed Met Gala if it wasn't for people like Elton John.

In the midst of John's three-year long goodbye tour, Farewell Yellow Brick Road, Gucci is taking the time to properly celebrate the style legacy of Elton John. The fashion house was tapped to create John's entire wardrobe for the tour, and it also recently released a line of totes that utilized some of the artist's old album art. Gucci is now following that up with two new pairs of sunglasses modeled after the "Rocketman's" own iconic specs.

Related | Elton John Is Getting a Biopic

Featuring a rose-tinted heart-shaped design and an oversized square model, both covered in Swarovski crystals, the two pairs of sunglasses draw on the John's history of eccentric eyewear. As far as the glitz and the glam, Gucci did not spare any expense. A statement piece perfect for any ostentatious showman's wardrobe, these glasses are not for the faint of heart and we wouldn't expect anything for a design honoring one of rock's larger-than-life personalities.

Both styles of sunglasses are currently available to buy online, and in select Gucci stores worldwide.