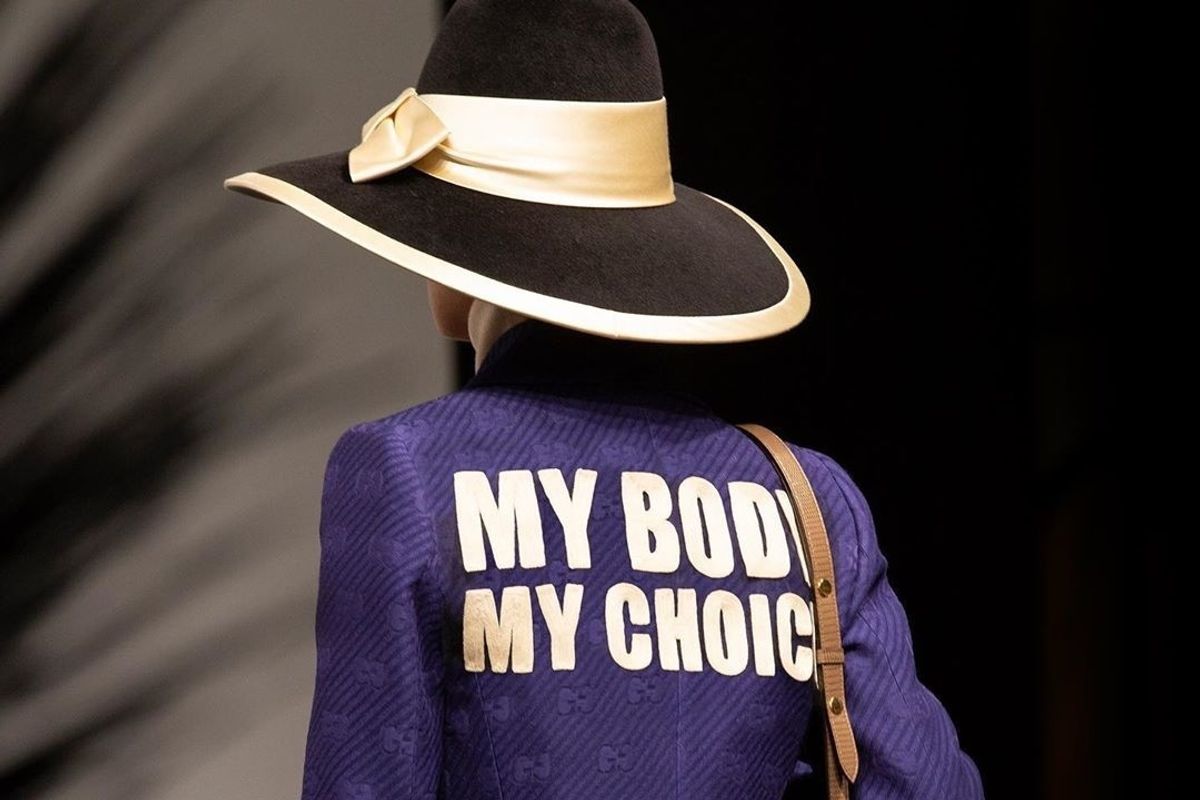 In the Trump era, you can expect to find activism in unusual places. Such as Gucci's 2020 Cruise collection, which debuted last night at Rome's Musei Capitolini with a pointedly political message: don't legislate against women's bodies.

Alessandro Michele is clearly paying attention to horrific anti-abortion legislation currently sweeping through multiple US states. The collection featured a lovely silk empire waist gown with an elaborately embroidered uterus on the front, plus the phrase "My Body, My Choice" stitched to the back of a royal blue blazer — a feminist slogan from the 1970s. Retrograde anti-abortion policies call for retrograde protest methods, right?

Speaking to WWD, Michele recalled when Italy legalized abortion, in May 1978: "It was a historical moment when women — finally — rejected all the constraints that were imposed in the previous centuries and they became free," he said. "That's why I am paying homage to the Italian law regarding abortion, the law number 194. It's unbelievable that around the world there are still people who believe that they can control a woman's body, a woman's choice. I will always stand behind the freedom of being, always."

There's sometimes cause to be cynical when fashion houses appropriate feminism, but at least Gucci is putting money where its mouth is. In 2019 it will continue to fund Chime for Change, a global campaign that represents and advocates for gender equality around the world — with an emphasis on reproductive rights.

The show, attended by everybody from A$AP Rocky to Elton John, was followed by a similarly star-studded afterparty. Harry Styles (the new face of Gucci fragrance) and Stevie Nicks even dueted "Landslide" to an adoring crowd. A perfect evening that kept us both engaged with and pleasantly distracted from politics.