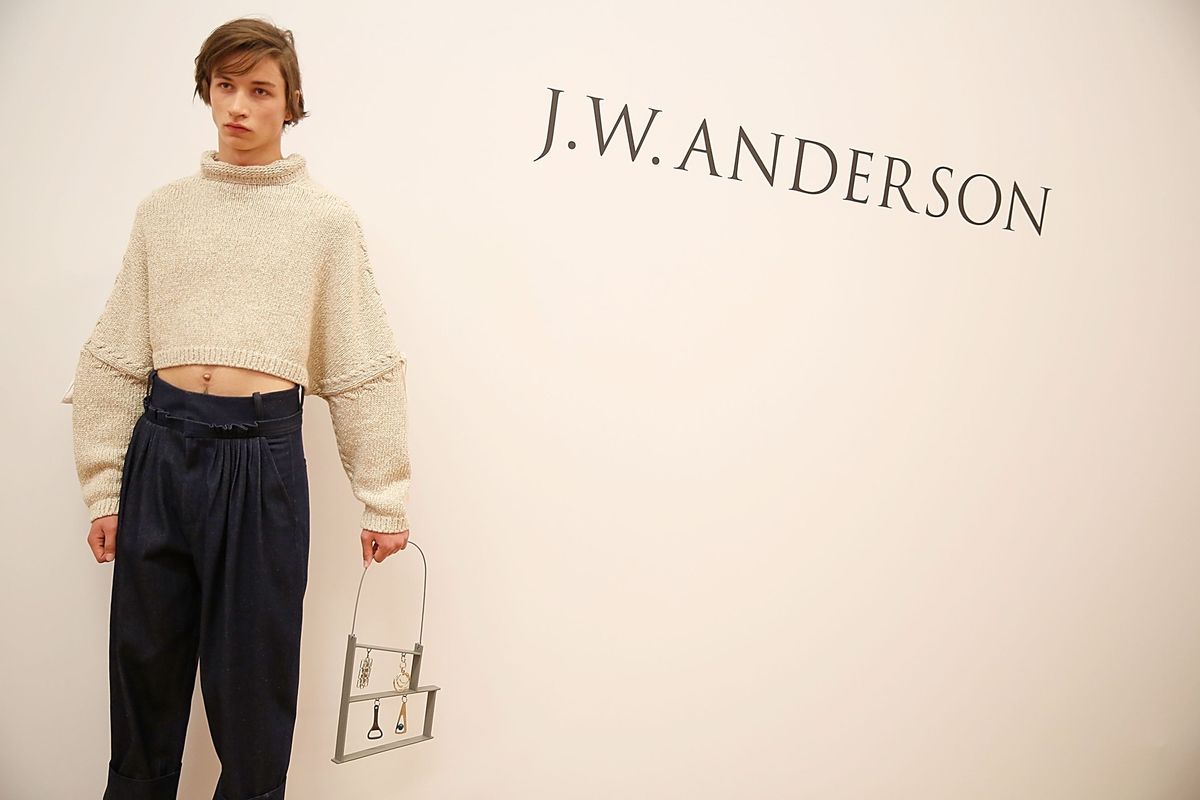 It's just been announced that gay dating app Grindr will be the source of an exclusive live-stream of the J.W. Anderson fall 2016 menswear show this Sunday -- which is marrying our love of cute people and clothes into one perfect fashion week peep.

A part of the weeklong London Collections: Men event, the notorious hook-up app (known for its display of 'abs near you' thumbnails) is breaking new ground with an exclusive access code to live-stream of the much anticipated show -- a move that J.W. Anderson told the NY Times was "a no-brainer" due to Grindr being an "incredibly modern as a platform."

"I think fashion is a sexy platform as well, ultimately," Anderson continued -- a concept that also makes sense when applied to Grindr, which, like fashion, is very visually-driven. Pro-tip: if you download it before Sunday, you may also be able to find a buddy to watch it with ;)