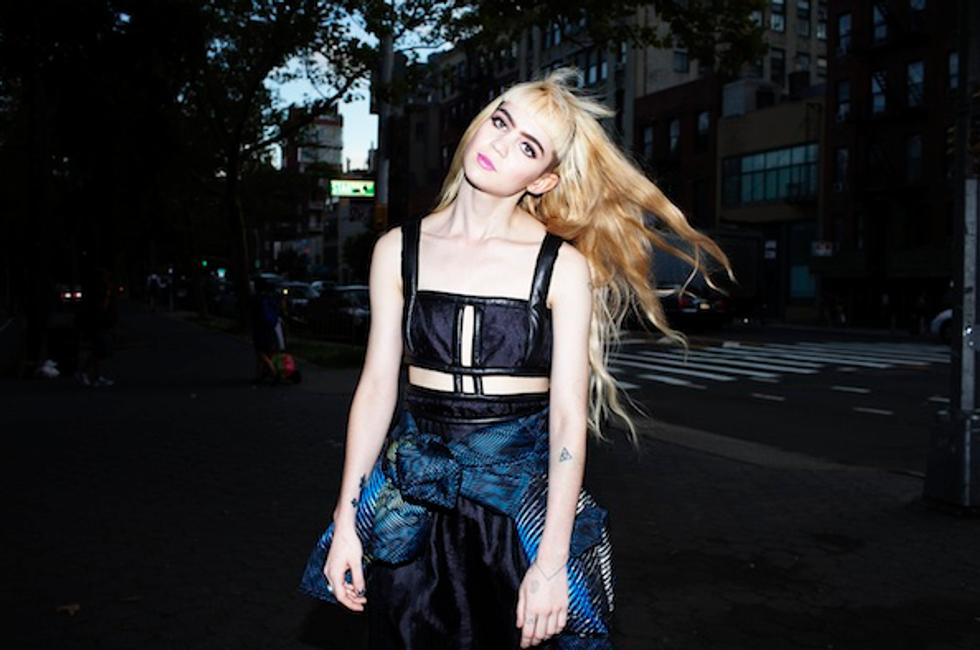 Grimes Writes an Ode to Star Wars and C-3PO

My name is Grimes and I first came to love Star Wars before I could even walk. It's one of my dad's favourite film series and we had all the box sets and remastered versions when I was growing up. He made us watch all the making-of documentaries and flagged up the technological innovations, such as they way they smeared peanut butter on lenses to make the cars look like they were floating. We even had super-detailed books about how to draw all the machinery and stuff, which was a huge influence on me as an illustrator.

She praises the upcoming film for casting Gwendolyn Christie and Lupita Nyong'o, who didn't attain fame, "doing something overtly feminine or sexualised, which is not the norm for female leads in action films these days."

The piece also includes a small ode to C-3PO. Describing the films as being "as content-heavy as they are visually innovative" she says she admires the realism and humanity in the sexually ambiguous robots:

The other main droid, C-3PO has always been a personal favourite of mine. I really relate to his fear of death (among other things), although I doubt most self-aware robots in the future will be as sympathetic and benevolent to humans as he is. Like Artoo, he allows for unique narrative situations because of his ability to translate non-human characters, allowing the universe to feel more believable and complete (because it would be stupid if everyone spoke English). Rewatching the movies as an adult, C-3PO's stuttering humanity is a great foil for the violence and intensity of the films. Almost any scary or violent scene is mitigated by a worried awkward robot complaining about safety. And, as with Artoo, you are never really sure of C-3PO is male or female - and with programming he or she could really be any age.