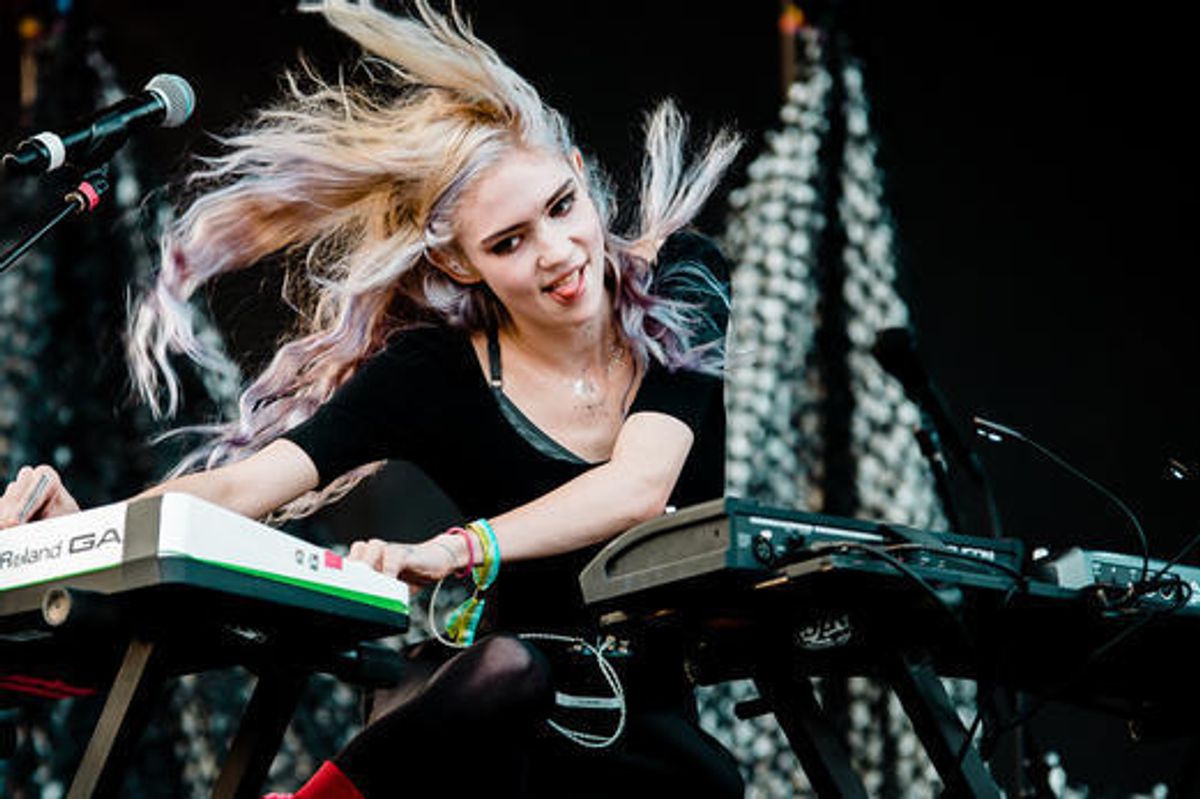 [UPDATE 03/21/16, 12:00 pm: Grimes took to Instagram again to address the incident and to ensure that "no one loses their job or gets in trouble for an issue that, as far as I can tell, was outside of everyone's control," which just solidifies her as the dopest. Even better? She's choosing to believe it was the doings of "an angry ghost." Boo!]

Hey! just wanna apologize to the Olympia theatre that I originally thought they were responsible for the electrical issues at last nights show. We've triple checked everything and haven't yet discovered what the issue was. The Irish promoters were nothing but lovely and I don't want them to take the blame for something that was most likely on our end. I also want to reiterate that everyone on my team and especially my audio guys did everything they could without stopping the show, but it was some kind of an issue w the vocal channel so even whilst bypassing the pedal I was getting gunshots through the vocal channel into my monitors. Perhaps it was an angry ghost. Anyway this probably doesn't make any sense to non-musicians, but w regards to the inside baseball I just wanted to say something so no one loses their job or gets in trouble for an issue that, as far as I can tell, was outside of everyone's control. Anyhow haha, apologies for the long and insane post, about to get on a 12 hour flight so hopefully this won't cause further press drama. :) and thanks again to the Irish fans!!!! I cannot reiterate how grateful I am to y'all for letting us trouble shoot between songs and for singing me happy bday and being all around jovial. Xxxxx Ps: Photo cred: @aisling_kraus
A photo posted by Grimezsz (@actuallygrimes) on Mar 16, 2016 at 8:18am PDT

During a performance last night at Dublin's Olympia Theatre, Grimes was reportedly electrocuted several times in the middle of her set thanks to a faulty foot pedal that sparked a series of high voltage shocks -- as captured by fan videos of the event.


However, despite the mishap, she continued on with the performance like a trooper, later writing in a series of (now-deleted) tweets that she was touched by Dublin's kindness.

"1 mil apologies that my pedal failed and I was electrocuted," she wrote. "But there r tears in my eyes that y'all were so so wonderful."

@LaurenceMackin hell yah, I need to come back any way to visit castles... If y'all will have me back I badly wanna play a proper set
— Grimes (@Grimezsz) March 16, 2016