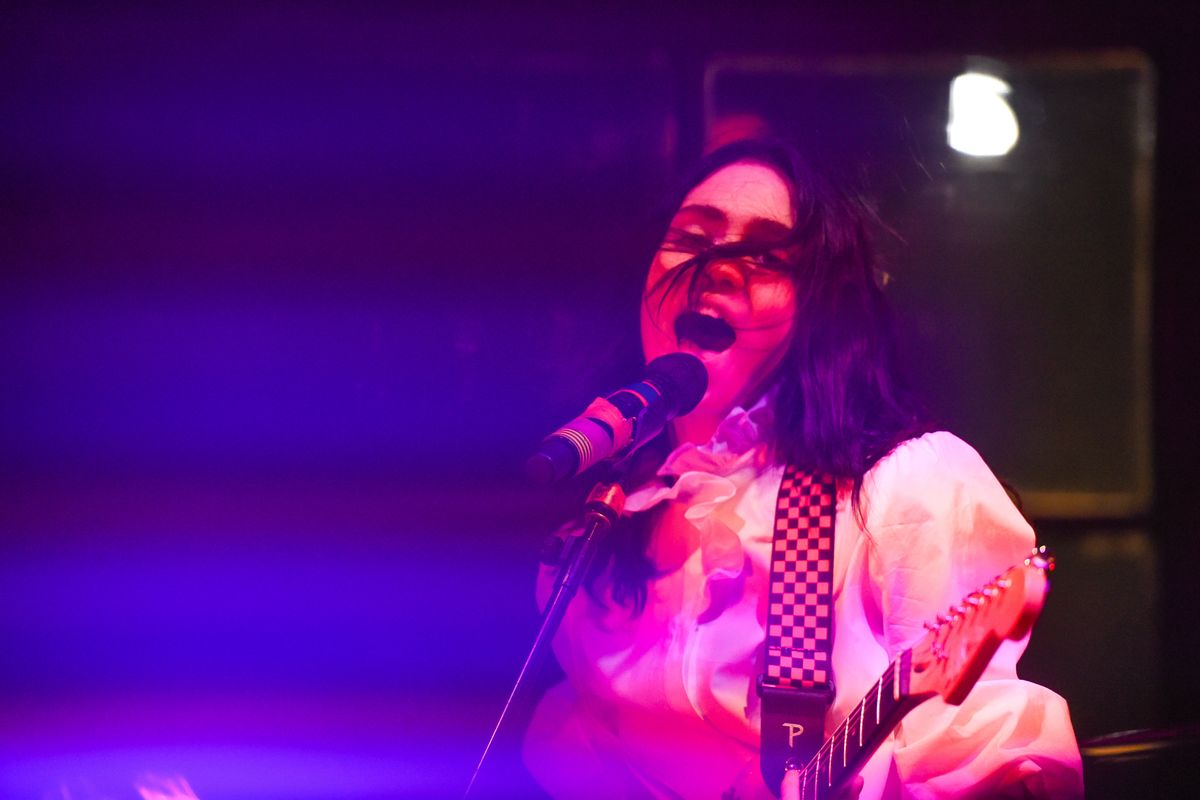 Fresh off her guest spots on K-Pop group Loona's "love4eva" and Janelle Monáe's "Pynk," Grimes is back with two new songs of her own, ahead of her upcoming album.

Today, she posted snippets of song demos on social media from a playlist very humbly called "! 13 decent tracks." The first, which she describes as an "ethereal chav jam that's like.... a cyberpunk interpretation of the bajirao mastani movie," is catchy and upbeat and is told from the perspective of the Indian princess Mastani. On the playlist, it is titled, "4 æm."

The second song, which seems to be titled "adore u (beautiful game)," is a, "cheesy love song...that i don't like but everyone else likes." It has layered, angelic vocals and a slow, hypnotic drum beat and was made with her mellotron. Both songs have been shared in a lo-fi manner, via videos Grimes took on her phone while playing the songs on iTunes.

Her forthcoming album, which she has teased on Twitter in the past, will be her first release since Art Angels came out in 2015. It doesn't have an official release date yet.