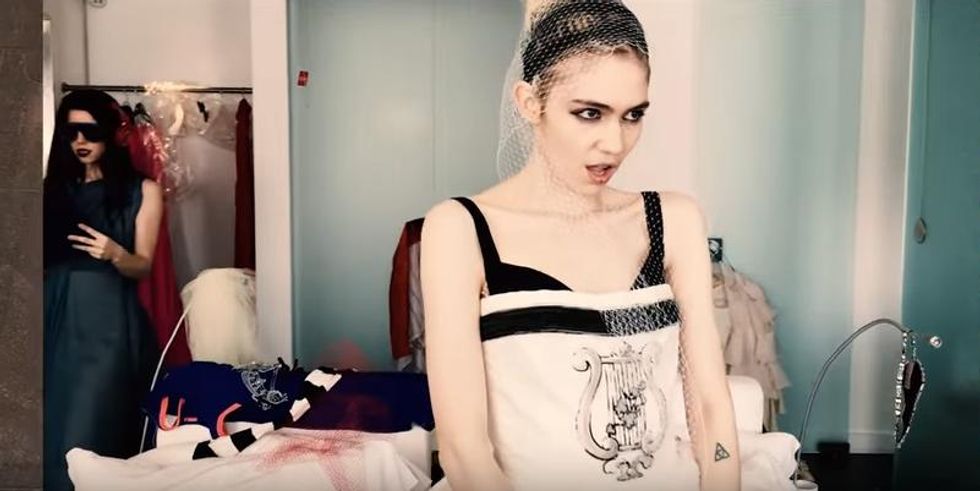 Your midweek gift: Claire Boucher aka Grimes, our Canadian sonic superhero, has released new videos for tracks from her 2015 masterpiece Art Angels (four in total). The videos were filmed over a two week period touring around Europe.

The videos, which were directed with Grimes' brother Mac Boucher, are for "Butterfly," "World Princesses II," "SCREAM ft. Aristophanes" (Aristophanes also co-stars in it), and an 80s-inspired "Belly of the Beat."

Grimes' frequent collaborator HANA, who performs and tours with her, also released a video for her track "Avalanche," with two more to follow.

The videos are part of the duo's ACID Reign Chronicles:

Watch them all below.

Belly of the Beat