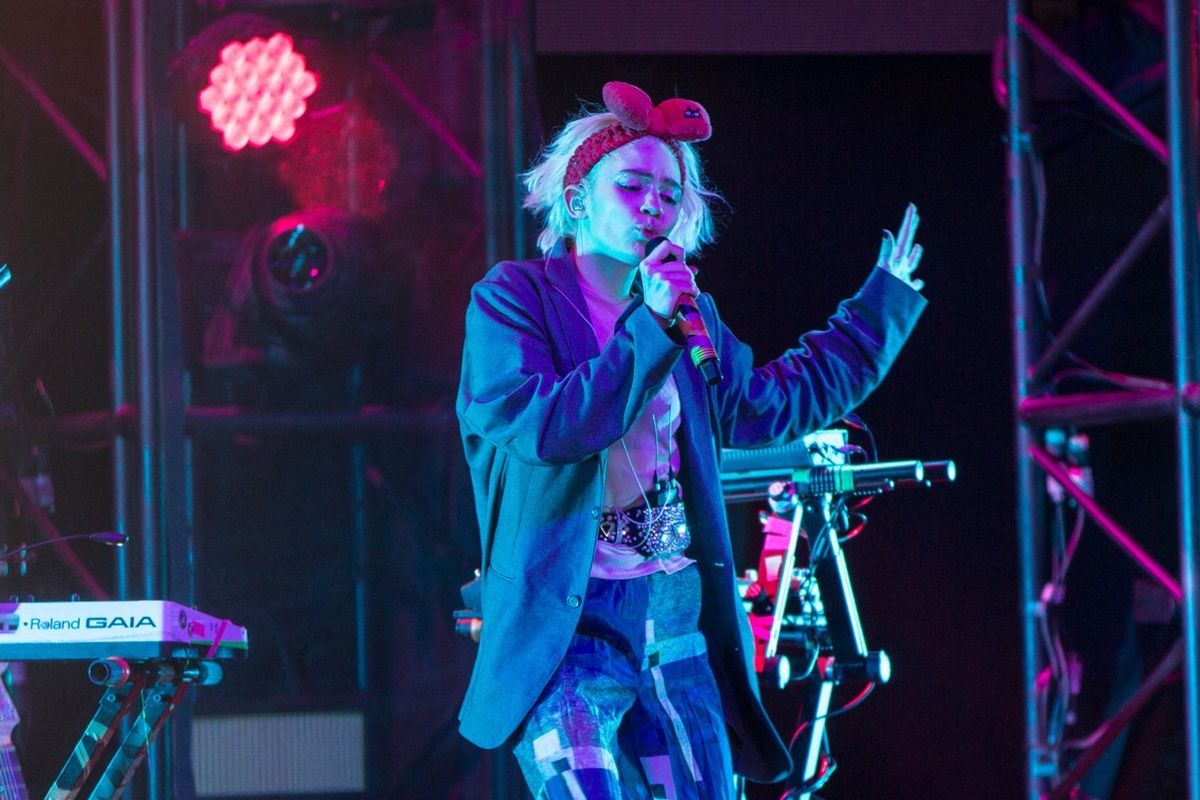 The day before election, Grimes, a Canadian that loves us, recreated the famous attack ad that LBJ ran during the 1964 presidential election in support of Hillary Clinton. Grimes stays pretty faithful to the original, where a little girl counting petals plucked off a flower is juxtaposed with the countdown for a launch of a nuclear missile. At the end of her version of the ad, Grimes says, in voiceover, "Vote for Secretary Clinton on November 8. The stakes are too high for you to stay home." She followed the ad up with a tweet saying, "We must either love each other or die."

Watch Grimes' ad and the original below...