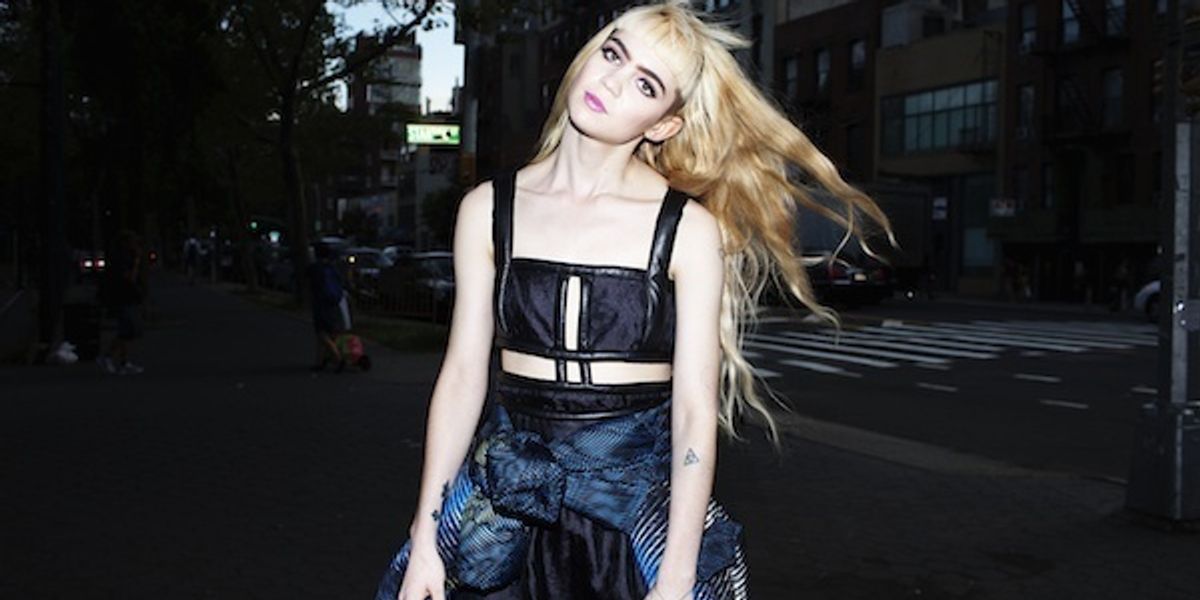 Right on the heels of the release of her epic new song "Medieval Warfare" for the Suicide Squad soundtrack, Grimes has had to address yet another disappointing instance of music industry sexism -- this time in the form of journalistic misinterpretation of her lyrics.

Sharing her thoughts via a now-deleted post, Grimes said her lyrics were misquoted by many outlets and that "P much every quoted lyric from the song has been changed to make it about sex with men and to distance the song from being about violence against men." Read the full letter below.

interesting how the press genders my lyrics Medieval warfare just came out and i noticed a lot of journalists changed the lyrics from 'are you hot?' (gender neutral) to 'are you hard?' (implying a hetero relationship – or sex involving a dick) and 'can you kill a man with your hands? (vaguely misandrist lyric haha – sorry btw, but iunno the song is about medieval warfare which involved mostly dudes and it's pretty hard to kill someone whilst un-armed with ur hands so it seemed like a cool lyric coming from the perspective of harley quinn. not meant to be pointedly hateful, but that's what it is) to 'can you kill someone with ur hands" (gender neutral lyric).
P much every quoted lyric from the song has been changed to make it about sex with men and to distance the song from being about violence against men.
happens all the time. like, until i said something, all the press assumed flesh without blood was about a hetero sexual relationship (its about a platonic friendship with a female friend), etc.
not complaining, just noticing. – Grimes