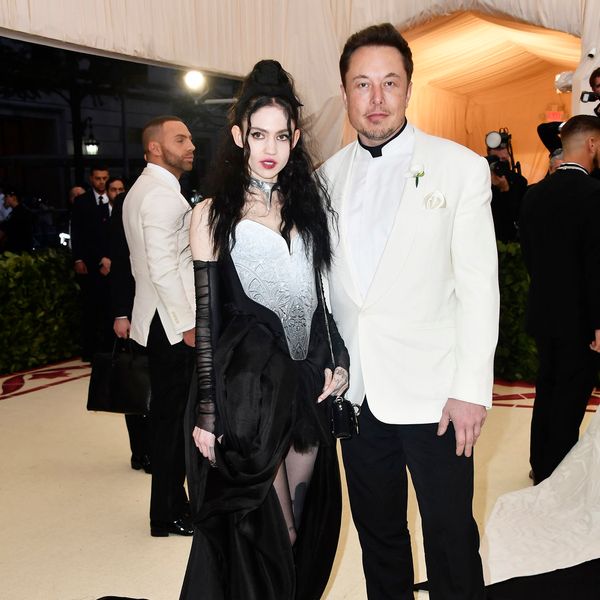 Grimes Is Legally Changing Her Name to...

Very few people are obsessed with their birth name, likely least of all the entertainers to adopt a mononym completely different to that which their parents gave them, but Grimes has gone so far as to legally change hers — and her new partner Elon Musk was apparently quietly adding his two cents.

Related | Grimes and Elon Musk are Dating, Because 2018 Is Doing the Most

Born Claire Boucher, the Canadian legend, has announced she will be legally changing her name to "c" (note the lowercase and the italics). "C" has apparently been her nickname for quite sometime, and "c" is actually the symbol for the speed of light. It's unique and spacey and science-y, which is right on brand.

"i'm legally changing my name from claire to 'c' , as in the speed of light," she wrote on Twitter. "this will be much better," adding in a later tweet: "claire has been the bane of my existence since i became sentient."

Fans were quick to point out the astronomy reference might have something to do with the man-hoping-move-humanity-to-mars, that is, Boucher's Met-Gala-revealed boyfriend, Tesla tycoon Elon Musk. They were right.

There you have it, Claire Boucher or Grimes is now c Boucher or Grimes. First it was the Telsa logo-resembling choker that Grimes wore to the Met Gala that the pair designed over dinner, now her legal name. Who knows how Musk will aid Grimes next.