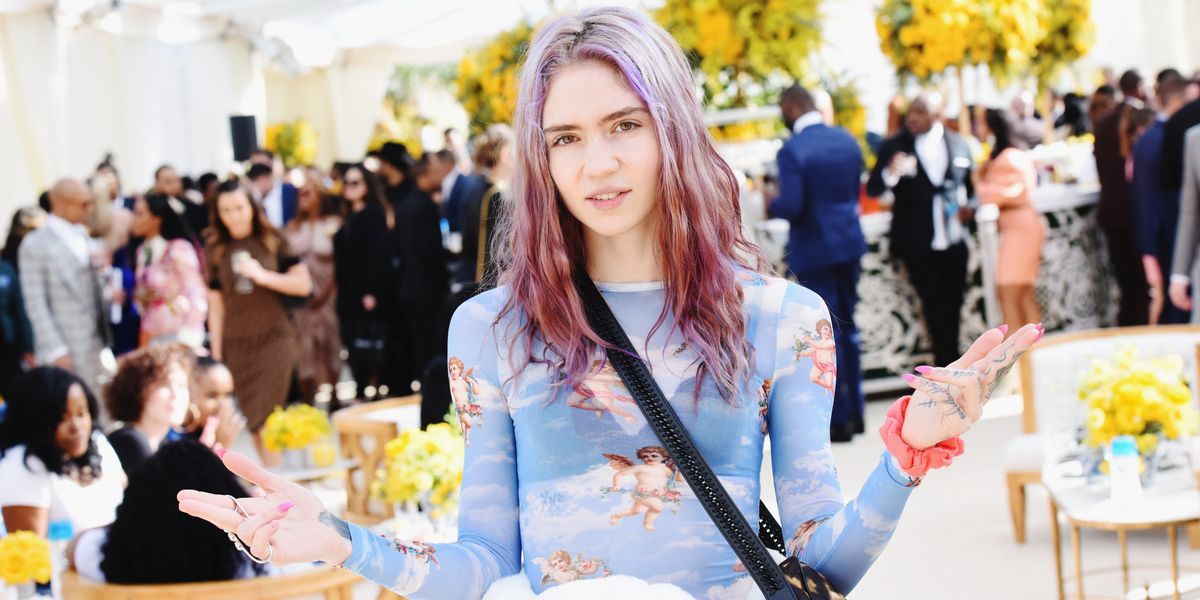 Following last year's release of her pro-A.I., propaganda-inspired single, "We Appreciate Power," Grimes has officially announced that her fifth studio album is finally on the way.

Last night, Grimes took to her Instagram account to share the happy news. Dubbed Miss_Anthropocene, she explained that the concept album is centered around the "anthropomorphic Goddess of climate Change: A psychedelic, space-dwelling demon/ beauty-Queen who relishes the end of the world." She then went on to write that every song on the album "will be a different embodiment of human extinction as depicted through a Pop star Demonology."

Now, she's elaborated on the concept further via a new interview with the Wall Street Journal. And the most interesting tidbit? Reportedly, her goal with the record is "to make climate change fun."

New Album: Grimes - Miss_Anthrop0cene 1. mis·an·thrope noun: a person who dislikes humankind and avoids human society. 2. Anthropocene: The Anthropocene is a proposed epoch dating from the commencement of significant human impact on the Earth’s Geology and ecosystems including, but not limited to, anthropogenic climate change. ———————————— Just fount out my first interview in a few years is coming out tomorrow. I thought the writer was quite smart so hopefully it’s accurate haha. But just in case (cuz I’ve had some p fucked press drama this year) I’m announcing album here first: ———————————-🖤🌸It’s called Miss_Anthropocene. It’s a concept album about the anthropomorphic Goddess of climate Change: A psychedelic, space-dwelling demon/ beauty-Queen who relishes the end of the world. She’s composed of Ivory and Oil (I’ve done some illustrations of her if you scroll down my instagram). ———————————-🧚🏻‍♀️ I love Godly personifications of abstract/ horrific concepts (For example, Mars as the Roman God of War) — so I wanted to update the list to include our modern issues. ———————————-🧬🚬 Each song will be a different embodiment of human extinction as depicted through a Pop star Demonology. The first song ‘we appreciate power’, introduced the pro-AI-propaganda girl group who embody our potential enslavement/destruction at the hands of Artificial General intelligence. ———————————-🤖💣 It’s possible I will drop an EP or a few more singles of synth-based stuff b4 the album because its mostly ethereal nu metal (ish), and I know a lot of ppl miss the synths and whatnot. ———————————- 💫🌋Climate change is something I’m only ever confronted with in a sad/ guilty way…. Reading news and what not… so my goal is to make climate change fun (lol..??)…. uhhh… (I mean, everybody loves a good villain... re: the joker, Queen Beryl).. so maybe it’ll be a bit easier to look at if it can exist as a character and not just abstract doom. ———————————-☢️☣️ More musique soon! <3

"People don't care about it, because we're being guilted," Grimes told the publication. "I see the polar bear and want to kill myself. No one wants to look at it, you know? I want to make a reason to look at it. I want to make it beautiful." And how does she plan to make it "beautiful?" Well, apparently the album visuals will include "pro-apocalypse PSAs" and a Renaissance-esque portrait of herself eating endangered animals.

Not only that, but she also states that she has plans to kill the Grimes persona via "a public execution," as the project name she came up with in 2009 feels like the opposite of who she is today. Other interview highlights include talk about her new "c" moniker and couple mentions of her beau, Elon Musk.

All in all, there's a lot to digest here. Feel free to read the profile for yourself via the Wall Street Journal and try to parse out her plans to make humankind's impending doom a little prettier.