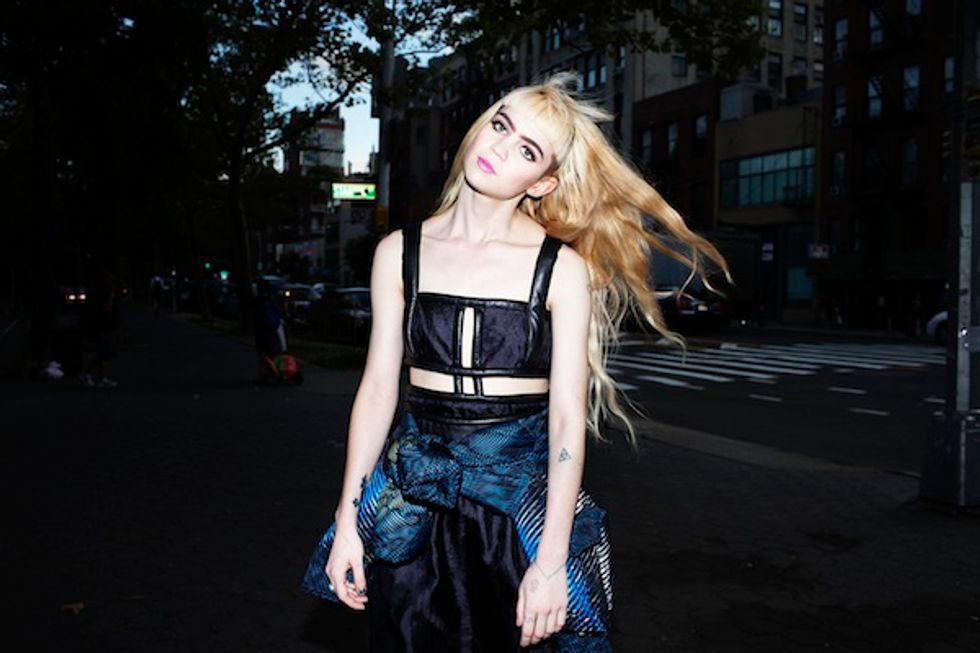 By Sandra Song
PAPERMAG
photo by Eric White
It's no surprise that Grimes aka Claire Boucher is a verifiable polymath, but somehow in between releasing a new album and illustrating a comic book, she's also managed to start a new record label-meets-art collective called the Eerie Organization -- mostly to support a new artist named Nicole Dollanganger and others like her.
Telling Billboard that she "literally started Eerie to fucking put [Dollanganger] out," Boucher hopes for the label to serve as a foundation for emerging artists; a sort of artist incubator meant to elevate emerging artists to the level where they can be picked up by larger, established labels that come armed with more resources, connections and infrastructure.
Providing "help from people who've been through it already," Boucher said that "We want to be a healthy gateway to all that stuff, without taking anything."
"I think if anything Eerie is a patron of the arts and a labour of love," she continued. "It's only a business insofar as it is required to be in order to help the artists we work with."
From Your Site Articles
You May Also Like
Famous People