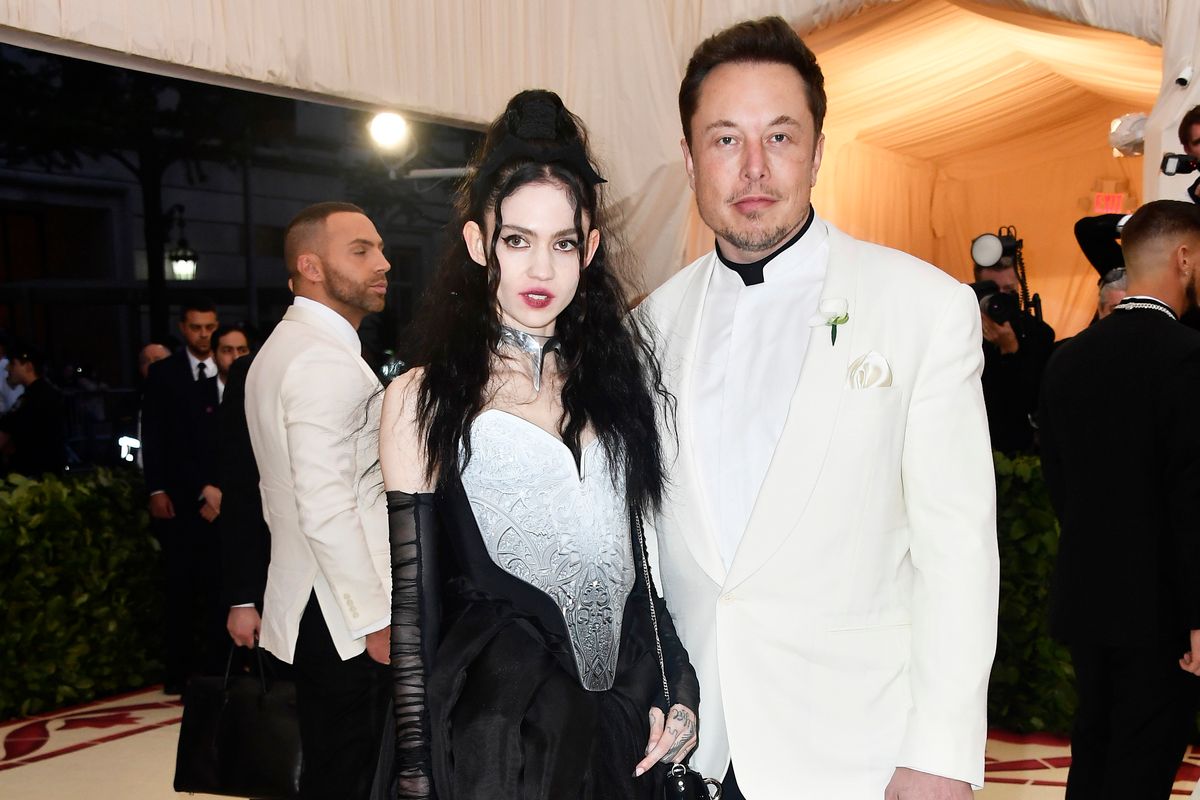 Grimes and Elon Musk are Dating, Because 2018 Is Doing the Most

Did you place bets on musician Grimes dating Tesla CEO Elon Musk? We didn't either, but apparently, they are the newest couple on the Weird Rich People block. Following a report from Page Six, which broke the story of their courtship, Musk and Claire Boucher (Grimes' real name) hit the red carpet together at the Met Gala. Fans of both celebs were agog at the news — specifically Page Six's scoop about how the two connected over an Internet joke about artificial intelligence. On some level, this makes an incredible amount of sense.

As the story goes, Musk was trying to make a pun about Roko's Basilisk and Rococo art — only to discover that Boucher had made the same reference three years prior in her music video for "Flesh Without Blood." He reached out to Boucher, and love bloomed, or something. Page Six also notes that they've only been dating for a month, so it may be too soon to use the L-word, but this couple worked it on the red carpet in black-and-white looks.