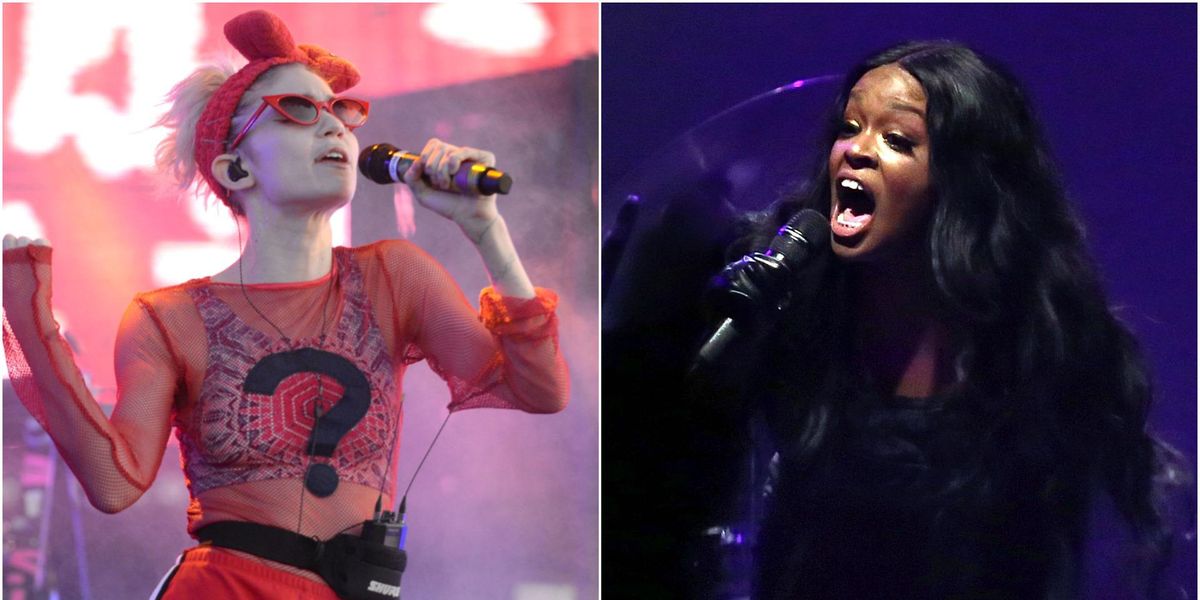 Remember when Azealia Banks got trapped at Elon Musk and Grimes' house for several days in 2018? The two very-online artists have been feuding ever since, mainly on social media. Things had been quiet in recent months, but clearly resentments were still simmering, because Grimes just shared an unreleased song about music's weirdest beef.

The track is called "100% Tragedy," and Grimes played it during her set for virtual Australian music festival Splendour XR. (The set included five unreleased tracks in total, and Grimes also alluded to a new "space opera" album that's in the works.)

On a Discord chat that accompanied the set, Grimes explained that the song's lyrics refer to "having to defeat azealia banks when she tried to destroy my life." That would be when Azealia, in her typical fashion, went off on social media about Grimes and Musk's supposedly drug-addled lifestyle, after claiming that she'd been forced to wait around for Grimes for two days for a musical collaboration that never arose.

Banks, true to form, responded to Grimes' diss track in a now-deleted Instagram story on Sunday. She accused the artist of being fixated on her due to jealousy, writing, "Grimes def has some psychosexual obsession with me. i think it's bitterness cuz she doesn't have the musical capacity i have. everything she does is out of pretentiousness and it comes out like that … while everything i do is out of natural swag & geniusness lmaoo."

She added: "Starting to notice all the weird undercover millennial racists hide out on discord."

Related | Will Kanye Be Featured on Azealia Banks' New Album?

In a followup story, also now deleted, Banks appeared to reference more receipts from her time spent in Grimes and Musk's inner sanctum: "i just May happen to have all those extra texts/screenshots/evidence Laying around somewhere."

Why do we feel like we'll be seeing those sooner rather than later? May this perfect feud never die.