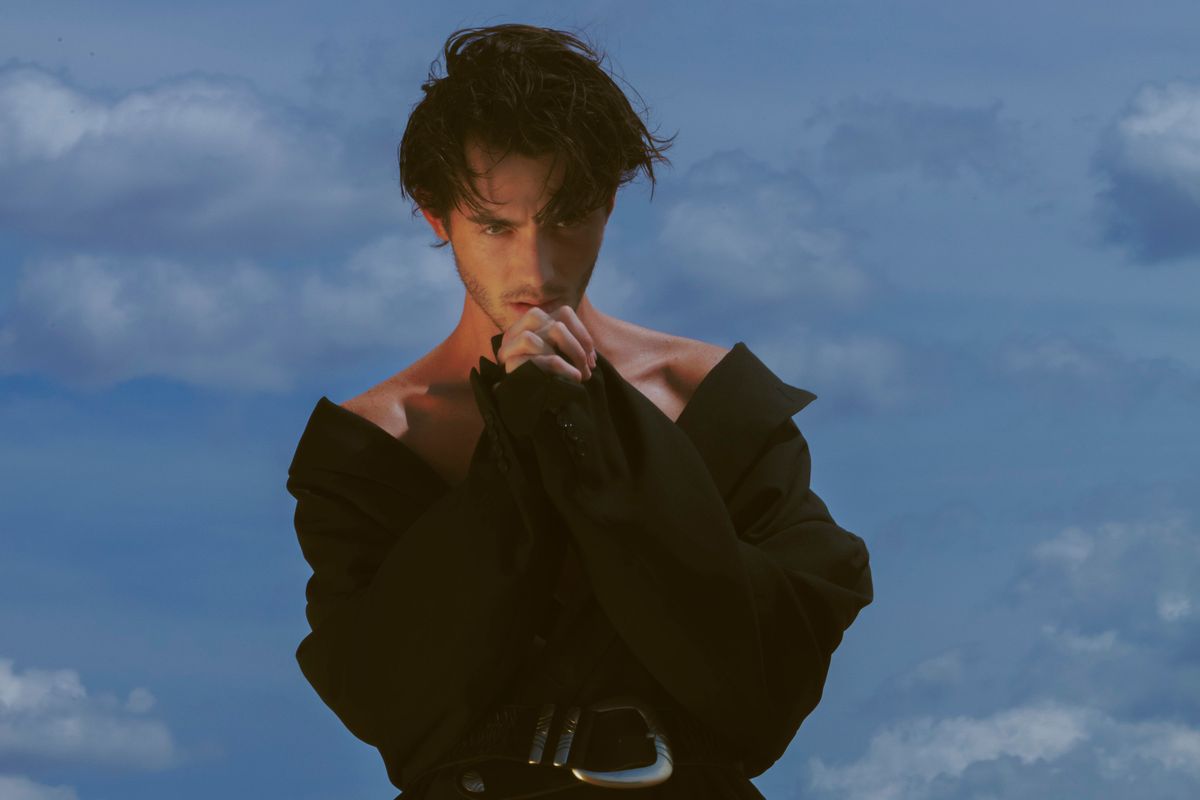 Greyson Chance is hoping to bring some light to 2020 with a new TikTok challenge for his fans. Inspired by his latest single, "Bad to Myself," which sees the queer musician opening up about his struggles with anorexia, Chance is encouraging others to use the TikTok sound to share their own personal stories of "triumph."

Chance announced the challenge last week using the hashtags #BadToMyself and #ImNotGoingBack. "Last month I put out my brand new single called 'Bad To Myself,' which was fully inspired by my ongoing battle with anorexia," he said on TikTok. "It was the first time I ever talked publicly about my eating disorder, and since the song has come out I've been so encouraged by similar stories of struggle and triumph."

tell me your story of triumph , and let’s spread some light in this crazy world 💕💓💕💓💕 ##BadToMyself ##ImNotGoingBack ##GreysonChance ##fyp

The Portraits musician kickstarted things with his own story of success, detailing the challenges he faced as a young, viral singer famous for singing Lady Gaga's "Paparazzi" at a school talent show. "I was dropped by my record label when I was 16 and was told that I would only be known as 'the Gaga kid,'" Chance shared, admitting that he quit music for a few years. "But then, I put my head down and got to work." He concluded, "Never give up on yourself."

Since then, several fans have joined in, detailing their stories of discovering self-worth and navigating mental health issues. "I'm throwing my tears to the fire," Chance sings on the Teddy Geiger-produced pop-rock track. "Lately, I'm so damn tired/ Of being bad to myself."

Always keep a positive energy and keep improving. What have y’all been struggling with? ##ImNotGoingBack ##BadToMyself ##ad

Let the past be the past. You are bigger than your obstacles. Join the challenge. You are loved. ##imnotgoingback ##badtomyself @greysonchance ##partner

"Bad to Myself" follows the release of "Dancing Next to Me," two singles that will appear on Chance's next studio album.

"'Bad To Myself' is truly me at my most vulnerable," he said in a statement. "I wrote the song with Teddy Geiger last August, which found me in the middle of an exhausting tour schedule; I think I was rounding my 100th show of 2019 around that period. At that time, I was very unhealthy: drinking too much on the road, not eating, not taking care of myself, and especially not checking in on my mental health."

Chance continued, saying the song "represents a promise to myself that I would do better and work on becoming more healthy. 'Bad To Myself' helped me immensely get out of that period of my life, and I hope it helps to raise internal conversations with my fans about their own health, both mental and physical."

Stream "Bad to Myself," below, and follow Greyson Chance on TikTok.