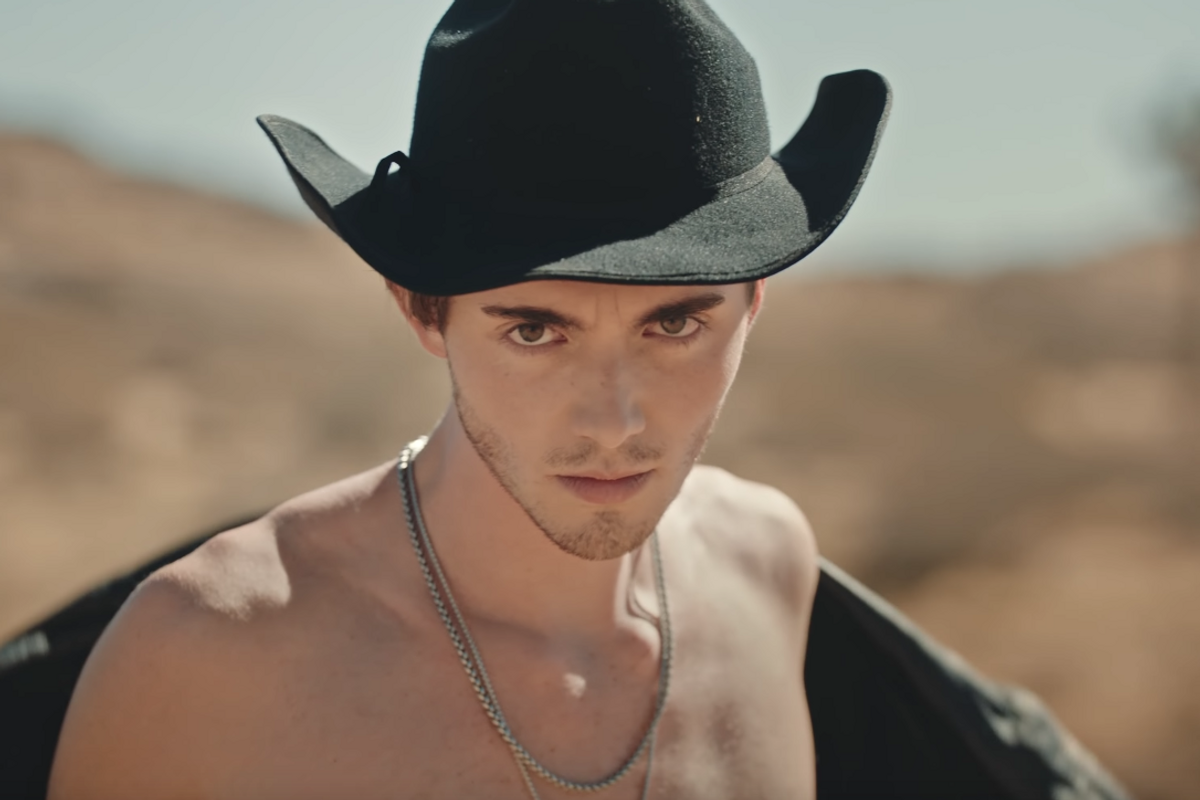 Greyson Chance Is Dodging All the California Punks

With its infectious chorus, synthesizer solos and confident lyrics, new track "Boots" by Greyson Chance is one of November's most notable bangers. The musician addresses Hollywood critics on the track, recognizes his worth and feels himself in the process. "I've been western before all of these punks," he sings. "Punks in California who think they can punch/ But I dodge them, fake them."

In the accompanying music video for "Boots," Chance sports shimmering, unbuttoned vests, monochromatic getups with fringe, and a cowboy hat while dancing on a car in the desert. A scene also depicts the singer-songwriter getting caught up in a fist fight with a fellow cowboy. "I've been making people mad since the start/ And making too much money to be wasted in this bar," he later sings, dancing as the sun sets.

In a statement, Chance elaborates on being inspired by Johnny Cash and western imagery in modern pop culture. "'Boots' at its core, is a narrative addressing pop culture's current usage of Western imagery," Chance says. "When I was writing the song, I found myself imagining what Johnny Cash would be like if he were around and making music in 2019. I thought about what he would wear, how he would act, and what he would write about. My conclusion was that it all would look and feel considerably different than these stars wearing cowboy hats these days."

He further explains how "Boots" pays homage to his native Oklahoma: "Being from Oklahoma, I understand that being 'Western' isn't all about the style, it's about an attitude, an obsessive loyalty and an unwavering wildness," Chance says. "'Boots' is truly just an observation of what I see in pop culture currently, and what I think about it."

Earlier this year, Chance released his second album, Portraits, and several singles. Stream "Boots," below, and venture to the Wild West.