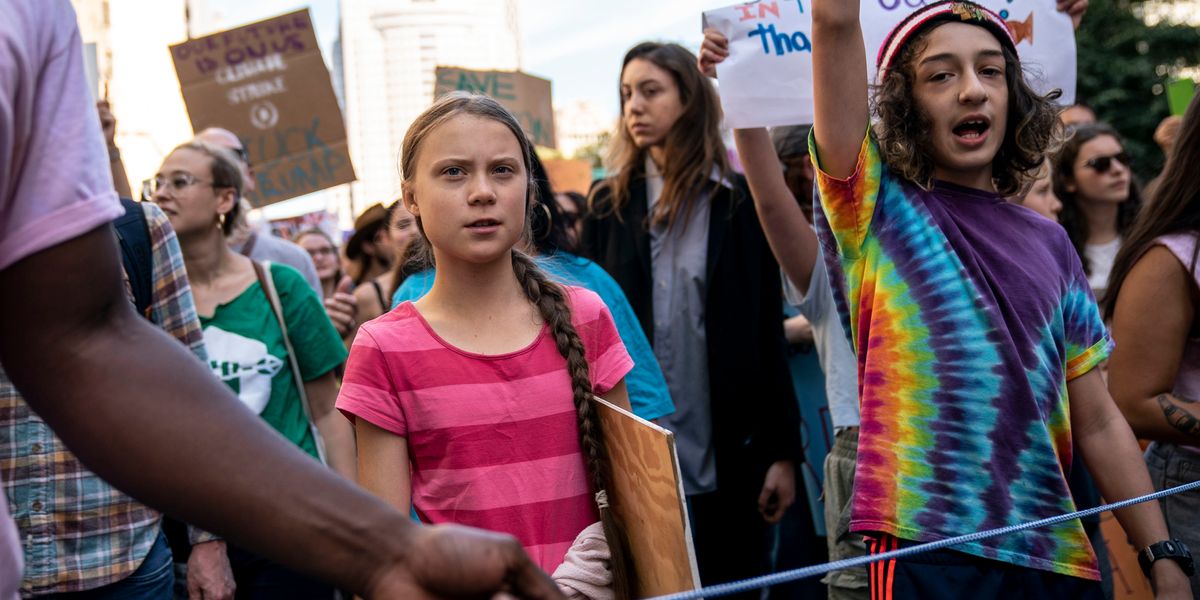 Greta Thunberg Is TIME's Youngest Ever Person of the Year

Activist Greta Thunberg has made it clear that she doesn't care for prizes, honors, or accolades — the only reward she seeks is aggressive climate policy. Nonetheless, people can't seem to stop giving them to her.

Recently, a giant mural of Thunberg's face went up in downtown San Francisco. In October, scientists named a beetle after her, the Nelloptodes gretae. Later that month, the activist turned down the Nordic Council's environmental award and $50k in prize money, saying, "the climate movement doesn't need any more awards," and calling out the Nordic region for failing to act in accordance with the Paris Climate Accords. Savage!

TIME Magazine just went ahead and named Thunberg their Person of the Year anyway, replete with a heroic cover shoot of her gazing dramatically out at to shore in Lisbon, waves crashing behind her. At 16, she's the youngest ever recipient of the alleged honor in the magazine's 92-year history.

TIME on Instagram: “This was the year the climate crisis went from behind the curtain to center stage, from ambient political noise to squarely on the world's…”

The cover typically goes to proxies for cultural movements, world leaders and, on occasion, fascist mass murderers. Last year, persecuted journalists ("The Guardians") from around the world including the late Jamal Khashoggi were spread across four covers. In 2017, women who spoke out about sexual assault (Isabel Pascual, Adama Iwu, Ashley Judd, Susan Fowler and Taylor Swift) were grouped as "The Silence Breakers."

Behind the cover is an interview, including glowing quotes from Al Gore, Emmanuel Macron, UN Secretary-General António Guterres, and Varshini Prakash, the leader of the Sunrise Movement. The story reiterates that, unless world nations agree to transformative action to reduce greenhouse gas emissions, the world's temperature rise will hit the 1.5°C mark, exposing 350 million people to draught, and around 120 million more to extreme poverty by 2030.

Thunberg, fiercely dedicated to her message, doubles down: "We can't just continue living as if there was no tomorrow, because there is a tomorrow."