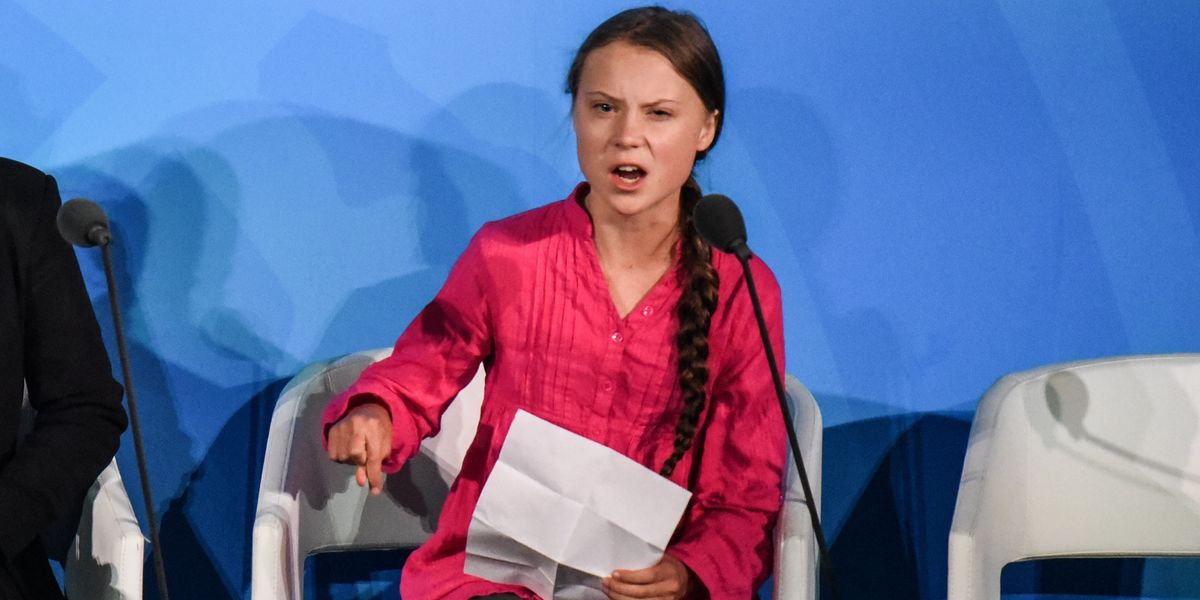 Have you watched Greta Thunberg's UN speech yet? Not just Twitter clips, but the whole thing? Here it is.

Cool. So, since 16-year-old Swedish climate activist Thunberg delivered her quivering, ethical spanking to adults at the U.N. Climate Action Summit and announced that she and her friends are suing the five nations with the highest carbon emissions, her bravery has earned her the full wrath of Fox News and the president.

Related | A Guide to The Teenagers Leading the Global Climate Strike

Fox has already had to apologize for comments made by Michael Knowles, a conservative troll and Daily Wire podcast host, on Monday, who described Thunberg as "a mentally ill Swedish child who is being exploited by her parents and by the international left."

Thunberg speaks openly and proudly about having Asperger's syndrome, saying the she sees "the world a bit different, from another perspective," and that it informs her activism. Meanwhile her critics have routinely questioned if the 16-year-old is a PR puppet for any number of adult entities, from her parents to the Swedish green energy industry. Her parents, who are relatively famous artists in Sweden, eventually gave Thunberg their blessing to leave school to pursue activism. However, no credible report has that the 16-year-old is acting on the instructions of adults.

"The comment made by Michael Knowles, who was a guest on The Story tonight, was disgraceful — we apologize to Greta Thunberg and to our viewers," Fox said after the segment in a statement, according to Forbes. The company also said they won't book Knowles again on the network.

Later that day, Fox pundit Laura Ingraham — famous for charming on-TV moments like when she mocked Nipsey Hussle days after his death — outdid Knowles, comparing Thunberg and her fellow climate activists to the demonic cult of children who perform ritual murders from Children Of The Corn, a 1984 horror movie based on Stephen King's eponymous book. Following an absurd spliced clip of Thunberg's speech and the film, Ingraham asked if anyone else found the alleged similarity "chilling," and said, "I can't wait for Stephen King's sequel, 'Children of the Climate.'"

Fox has yet to apologize for Ingraham's bullying. At least Ingraham's brother Curtis, who's a math teacher in California, felt it crossed she line.

Clearly my sister’s paycheck is more important than the world her three adopted kids will inherit. I can no longer… https://t.co/uZl8840sNF
— Curtis Ingraham (@Curtis Ingraham)1569296367.0

Trump picked an atypically passive aggressive way to respond to Greta. It should be be a "new" "low" for him, but it's no surprise at all that he'd taunt a 16-year-old.

It's nothing new for Thunberg, who's been dealing with threats and insults since she began her solo sit-ins at the Swedish Parliament last summer. Her response to Trump shows that she's not letting it get to her.