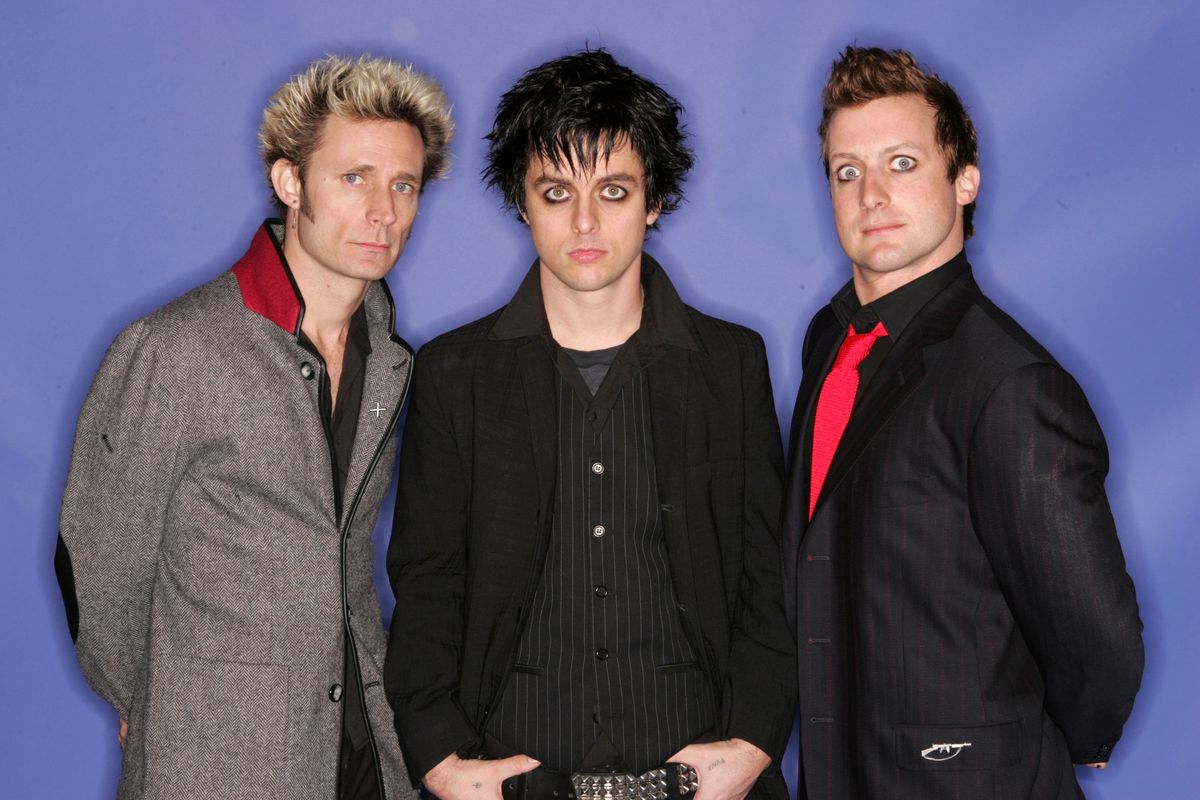 Green Day is set to publish their first book, and it's a doozy! Our pop-punk kings Billie Joe Armstrong, Mike Dirnt, and Tré Cool have co-authored a graphic novel called Last of the American Girls, illustrated by cartoonist Frank Caruso.

"A rallying cry for all rebel girls: from Green Day and co-authored and illustrated by artist Frank Caruso comes a timely, inspiring illustrated rendition of the Grammy winning band's classic hit 'Last of the American Girls' — the song Rolling Stone called 'a fabulous left-wing love song to a rebel girl... when Armstrong sings, 'she won't cooperate,' he's giving her the highest compliment he can imagine.

One of the most important and influential artists of their generation, the high-energy rock band Green Day has continued to inspire millions of fans worldwide with their music, political views, and iconoclastic conviction. In this powerful full-color book, they now transform their Billboard hit 'Last of the American Girls' into an inspiring homage and handbook for the rebellious — every woman who refuses to capitulate."

Personally, it sounds like I could've really used this book in high school, when I was extremely concerned with being a hot punk dude's fantasy, and receiving "the highest compliment" Billie Joe Armstrong has to offer.

Just a supernatural punk babe on a mission to save the world! She's not like other girls (she's "the last" after all). Nope, she listens to vinyl and wears combat boots.

I mean, alright — to be clear, I'm all for a fresh flavor of girl power that encourages women to question the status quo and participate in direct action, rather than pushes them to become girlboss entrepreneurs — and Green Day surely has plenty of female fans who'll be ecstatic. But it's something of a mystery what three aging eyelinered rockers have to say in a "handbook" for independent women, aside from projecting their own aestheticized idea of what women rebelling means.

Maybe Green Day's time would have been better spent writing a handbook for rebel boys. For girls interested in rebellion, might I suggest I Love Dick by Chris Kraus, Feminism Is For Everybody by bell hooks' or Roxane Gay's Bad Feminist, instead?

Hey, maybe we'll all be proved wrong. It's out on October 29th.