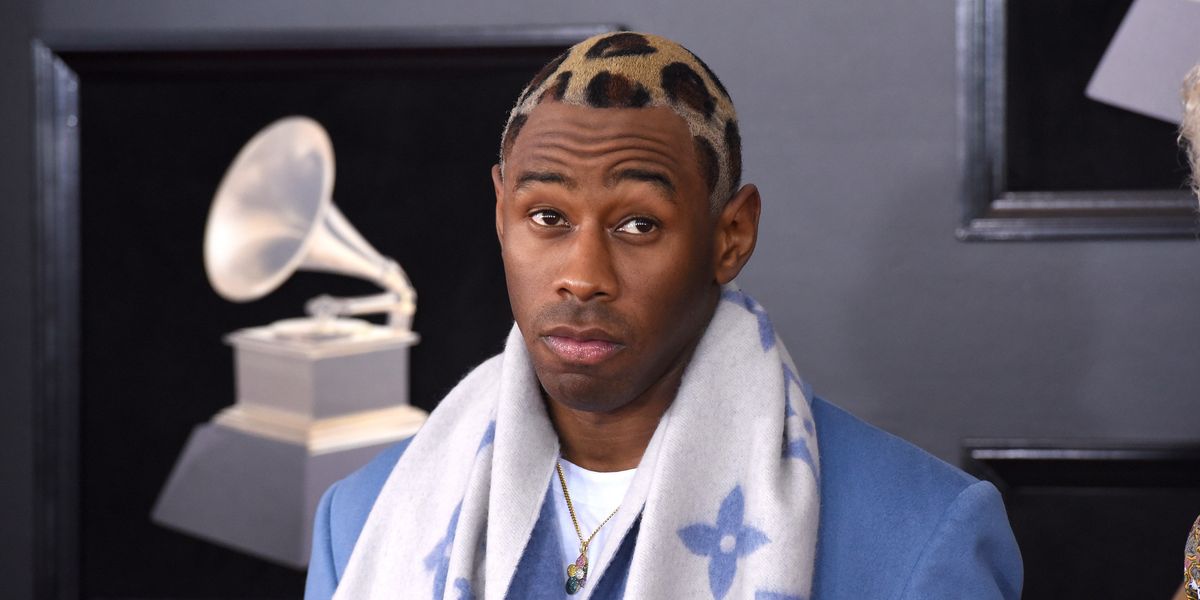 Grammy Looks That Shouldn't Have Worked, But Did

"Music's Biggest Night" is a bit of a stretch. A more accurate tagline might be, "Fashion, Showmanship, And Pop Music:" three things that the Grammy's do a pretty good job of commanding. Every year there are the best and worst dressed, but this year's red carpet stood out. So many outrageous outfits had all the ingredients of a flop — risky silhouettes and mismatched materials that Joan Rivers would've had a field day with — but worked nonetheless. Here are the looks that shouldn't have worked, but did.

This dress is dangerously close to looking like a loofah, but Cardi wears it with angelic elegance. The lush white gown, complete with wings and a trail of clouds, mixes both playful and dramatic contours in a futuristic take on old Hollywood glamour.

Uzi lived out my mall goth dreams last night with his chained belt and electric blue-trimmed jnco jeans. As a pioneer of the goth rap genre, the Hot Topic-inspired streetwear suits him. His casual hoodie and icy pendant embody that effortless cool that Lil Uzi Vert is known for.

Known to rock a black dress, Silverman ups the ante with fishnets and textured rockstar hair, looking like an ever-controversial punk princess. The knee-length hem and puff sleeves were certainly iffy, but made for a misfit '80s prom queen vibe that feels very appropriate for the outspoken comedian.

The same studio that designed Cardi B's dress created Heidi Klum's red carpet lingerie. And if anyone can pull off wearing underwear to the Grammy's, it's Heidi Klum. There's a lot going on here — an unexplained turtleneck, random stripes, probably one too many patterns — but the all-black mesh made it a cohesive, daring look.

I thought Louis Vuitton's collaboration with Jeff Koons was tacky, but Moschino's likeminded cherub-covered suit for Cyndi Lauper won me over. Lauper's pastel highlights were a nice touch, too.

If the Russian hat, Louis scarf, and periwinkle coat don't excite you, Tyler's leopard print dye-job should do the trick. His untied, cream Converse high-tops (not pictured) completed his offbeat, on-brand look. "Double my luggage," was scribbled onto the shoes next to a flower doodle, referencing his Grammy-nominated album, Flower Boy.

Alessia Cara wore what I wore to my first interview to accept her first Grammy (really puts things into perspective). Her polished, yet casual look — an open blazer, white tee, and Converse — was a refreshing break from the flashy norm.

Khalid paired a millennial pink Ferragamo suit with a lime green turtleneck, and somehow, it wasn't annoying. To me, that warrants an award.

Big Sean followed suit (literally) in a turtleneck-and-chain combo and a dark navy Ferragamo suit, topped with a suede jacket. The '90s called and they are very supportive of this look.