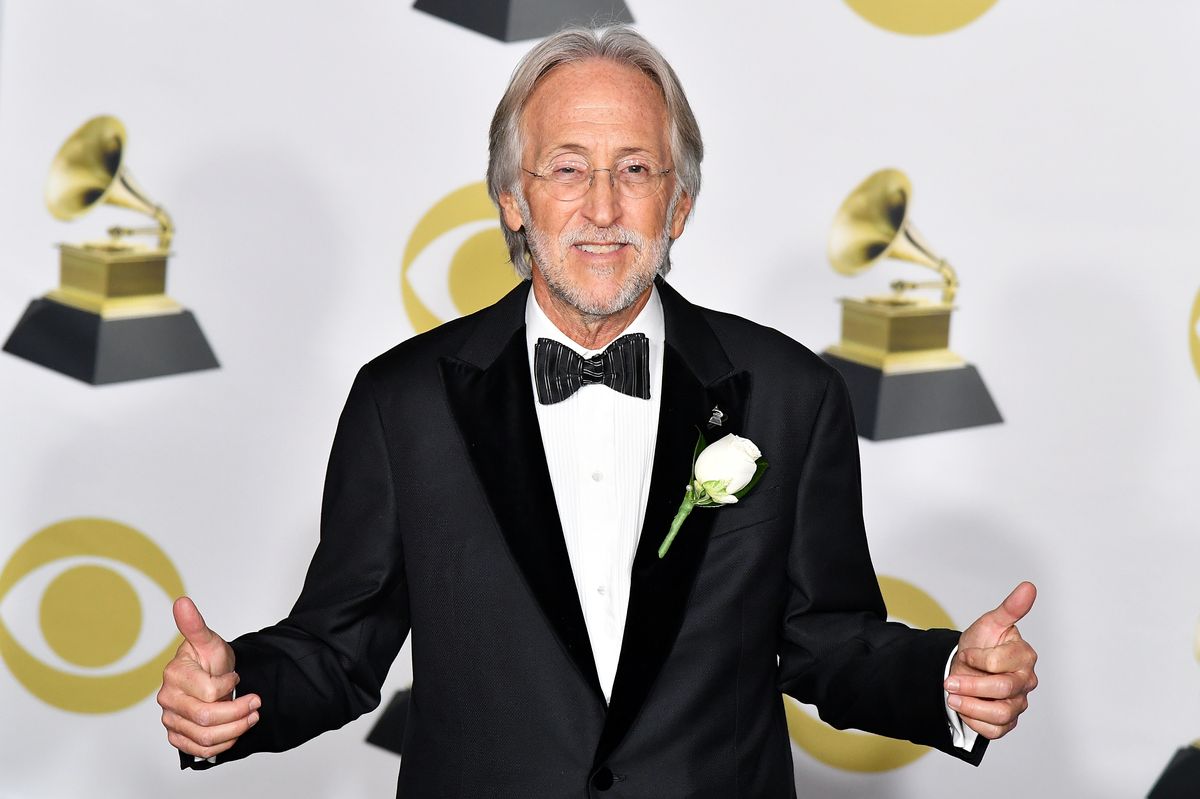 The only female artist presented with a Grammy last night was Alessia Cara for Best New Artist (Shakira received Best Latin Pop Album, but it wasn't televised nor was she in attendance), and the lack of female representation among winners didn't go unnoticed.

Speaking to the press backstage at Madison Square Garden, Recording Academy president Neil Portnow responded to a question about the #GrammysSoMale by saying women "need to step up."

"It has to begin with… women who have the creativity in their hearts and souls, who want to be musicians, who want to be engineers, producers, and want to be part of the industry on the executive level," said Portnow, who was donning a white rose in honor of Time's Up. "[They need] to step up because I think they would be welcome. I don't have personal experience of those kinds of brick walls that you face but I think it's upon us — us as an industry — to make the welcome mat very obvious, breeding opportunities for all people who want to be creative and paying it forward and creating that next generation of artists."

Grammy executive producer Ken Ehrlich fielded the question about whether it was a mistake not to give the sole female Album of the Year nominee Lorde her own performance, responding, "I don't know if it was a mistake. These shows are a matter of choices. We have a box and it gets full. She had a great album. There's no way we can really deal with everybody."

Ehrlich did name one woman who was missing from the event: Taylor Swift. "It wasn't her year. She was kind of off cycle. Hopefully we'll see her next year."

The Grammys' 'woman problem' is nothing new, but it is surprising it has stayed so entrenched in its culture for so long. A new study by the USC Annenberg School of Communication and Journalism's Inclusion Initiative found that only 9.3 percent of the 899 people nominated for Grammy between 2013 and 2018 were female, which translates to roughly 9 out of 10 nominees.

It's not just an issue of female artists being underrepresented. The same study also found that of 300 Billboard charting songs released in 2012, 2015 and 2017, 98 percent of the producers credited were male. In addition, only 13 of the 300 songs featured a female producer, and from 2013 to 2018, not a single woman was nominated for producer of the year.