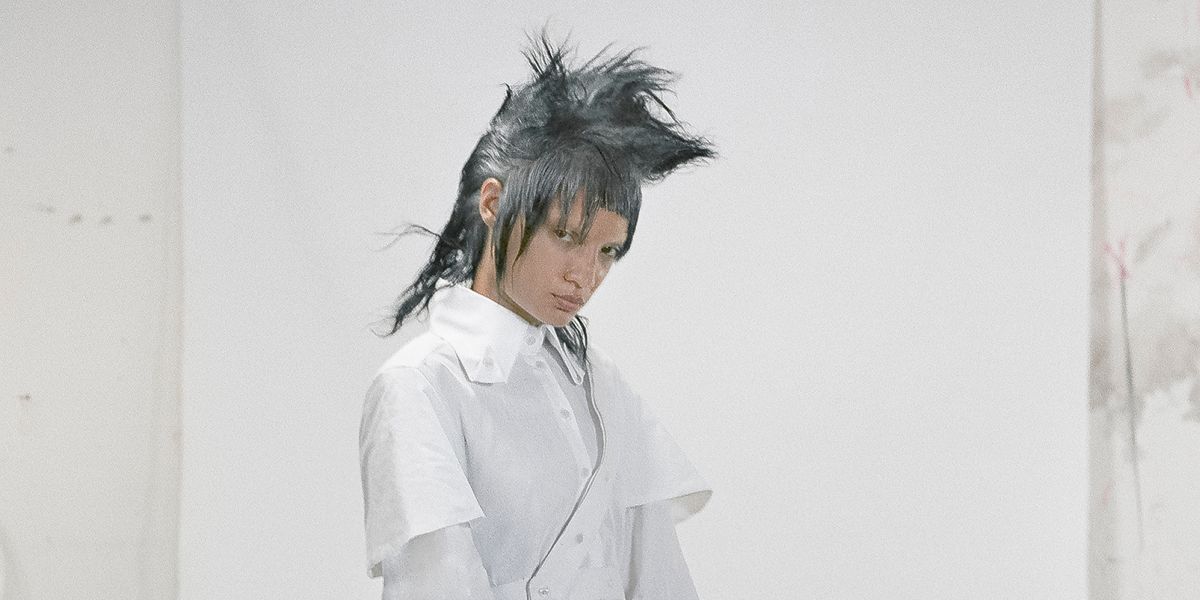 Graham Tyler has never been one to follow the crowd, experimenting with a variety of formats from lookbooks to installations and exhibits since since debuting at New York Fashion Week last year. So when this season's shows were all but upended by the pandemic, the designer didn't have to stray too far from his novel approach to presentations.

For Spring 2021, he released a six-minute film/ performance piece depicting model and drag queen West Dakota (who also worked with Collina Strada this season) in Look 6 of Tyler's collection: a white poplin handkerchief-hem shirt dress that Dakota took a black paintbrush to, with each stroke revealing scenes of the 1932 Danish horror film Vampyr.

Tyler and Dakota are studio mates in Brooklyn, and together they collaborated to ask the question: Can a body be a gallery? "Through the act of covering oneself in footage and audio, a creative mantra protrudes," the brand said. "In the hopes of answering what comes next for the creative community."

Though he's known for his early sculptural headpieces worn by the likes of Lady Gaga and fellow designer Adam Selman, Tyler has since evolved his offering to include tailored looks and ready-to-wear in a mostly black, white and gray palette. His love for black and white films is a recurring thread in his work, with this season's Edwardian and Victorian silhouettes a continuation of these historical references.

The CFDA/ Accessories Council Elaine Gold Launch Pad finalist also experimented significantly with tapestry jacquard, having incorporated a still from Vampyr in a gray and black skirt suit. But it was also his use of leather work in pleated outerwear and skirts that signaled the 26-year-old's slow but steady approach to innovating and fine-tuning the Graham Tyler universe.