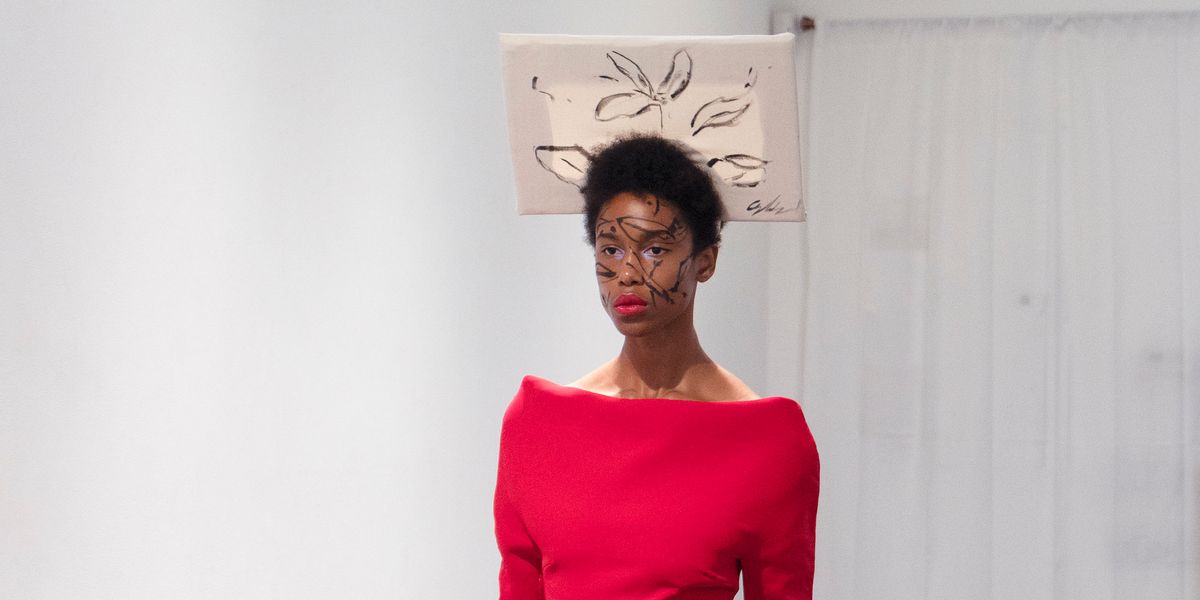 Graham Tyler Baldwin, one of the New York Times' five new designers to watch this season, originally studied sculpture. He then landed a millinery internship, and became enamored with the idea of "headwear as a form of intimate sculpture on the body." The designer went on to make hats for clients like Lady Gaga and brands including Adam Selman and Polo Ralph Lauren. And for the spring 2019 season, he struck out on his own. The label is called Graham Tyler, without the Baldwin.

The debut Graham Tyler collection, which incorporated headwear and ready-to-wear, was confident, striking, and yes, sculptural. And in a deeply sensitive twist, Baldwin used his show to pay homage to his grandmother, who recently passed away. He turned a handwritten letter he had written for her into prints. It was very, very touching.

Baldwin also drew his garments on sticky notes, and then cleverly scanned the sticky notes onto the clothes in question. Touches like these were really exciting. We're sure to see much more of his work soon.