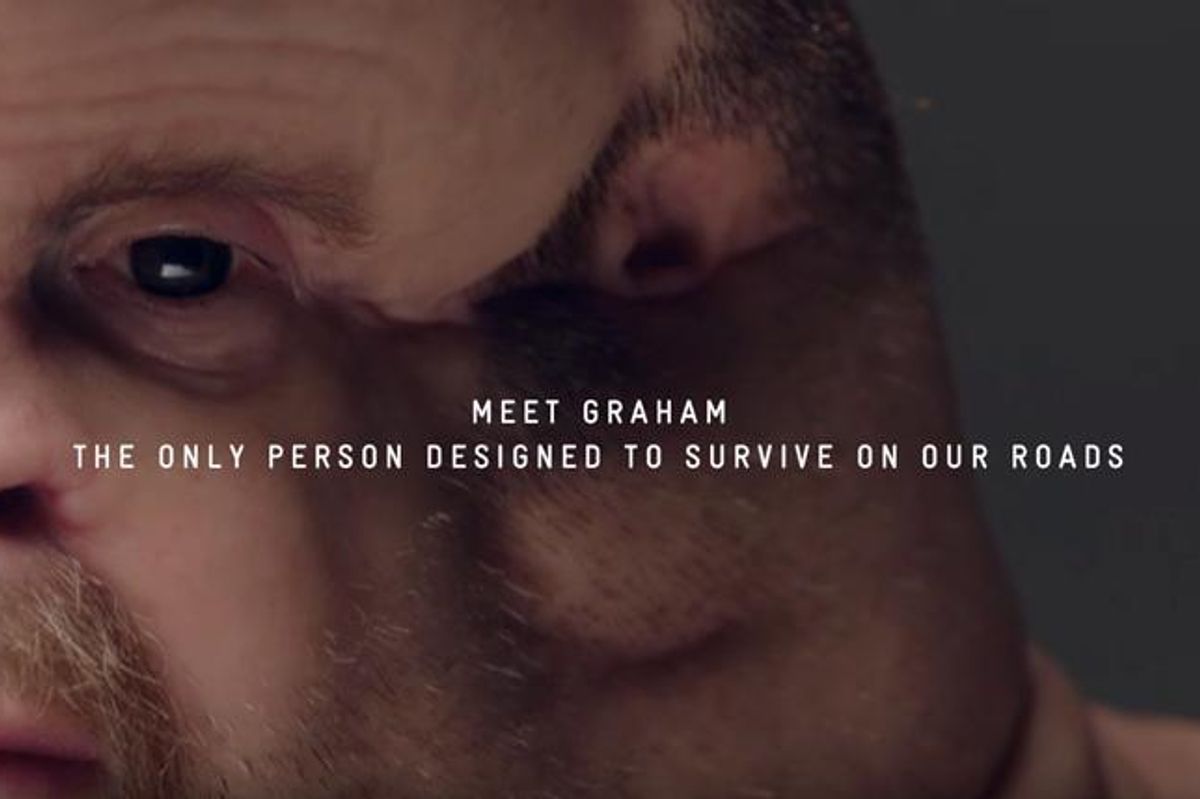 Australia's Victorian government has announced its new road safety ambassador: Graham, a humanoid, interactive sculpture whose body is designed to withstand the horrific force of a catastrophic car crash.

The result is...well, not pretty.

Graham was designed by sculptor Patricia Piccinini, who consulted with trauma surgeon and a road safety engineer to create this grotesque but efficient body type.

With no neck, a thicker spin, flattened face, and enormous chest complete with air bags between each ribs (and a dozen nipples!) not only protect him from inside a banged up car, but his strong legs and elongated feet help him spring to safety as a pedestrian, in the event of an encroaching car.

The government is hoping his otherworldly (and downright hellish) features will educate citizens--especially the youth--on the importance of driving safely, maintaining manageable speeds and not texting while driving.

Of course (as I'm sure his creators hoped) Graham has become an overnight sensation on the internet.

Here's What Humans Would Look Like If They Evolved To Survive Car Crashes While Being Mad About Lady Ghostbusters pic.twitter.com/ThLV8w12Nf
— Patrick Monahan (@pattymo) July 21, 2016


Excuse me, I was told these photos were for a modeling campaign, not some car crash study https://t.co/ylIcaWtN4u
— Patrick Monahan (@pattymo) July 21, 2016

I'd swipe right on you and your sad, tender eyes, Graham.