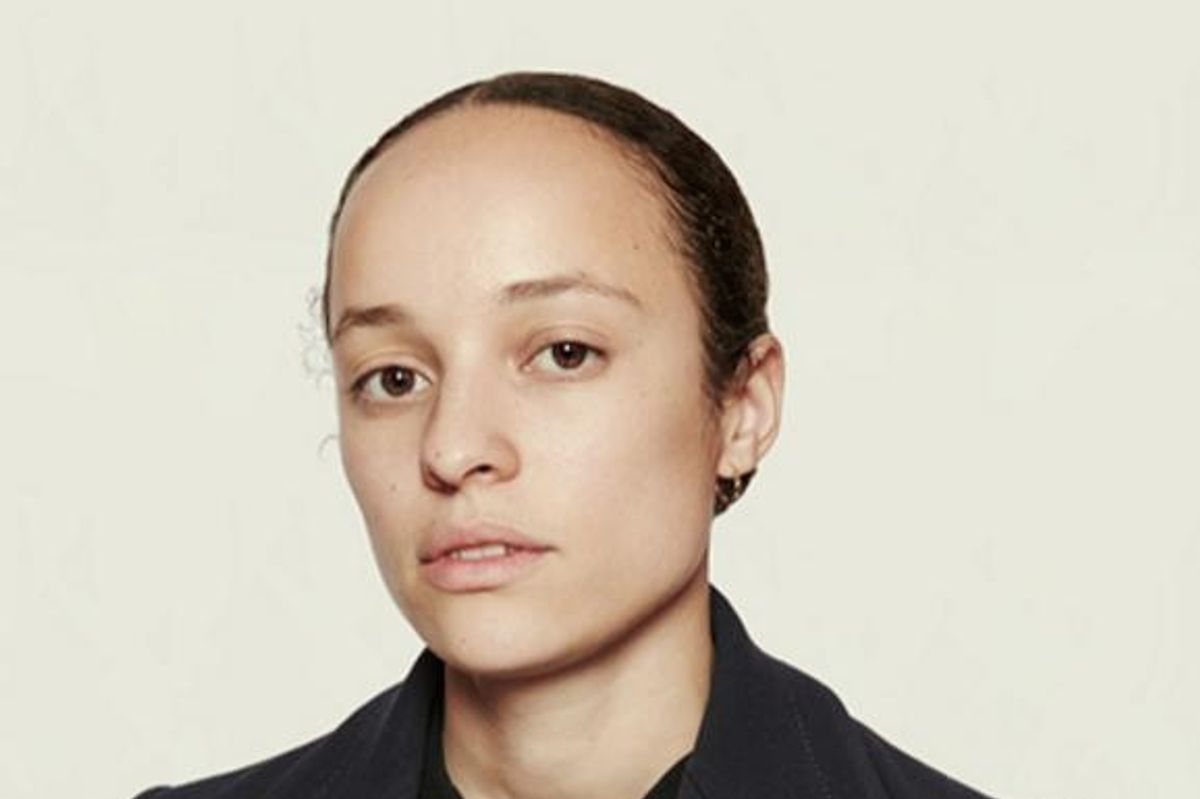 Grace Wales Bonner, the 25 year old London menswear designer of Wales Bonner, has secured her place on every "Designers to Watch" list by being named the winner of this year's LVMH Prize, which honors young, emerging talent. She is incidentally the third winner, in as many years, to be London-based and a Central Saint Martins alum. The prize itself consists of 300 thousand euros (about $334,000 dollars) and a mentorship from LVMH suits. Previous winners Thomas Tait and denim prodigies, Marques' Almeida.

Bonner's ascent, only two years out of design school, has been one of the more delightful to watch in the industry. Her ability to deftly translate European and rich, well-considered African references—too often an embarrassing minefield of appropriative gimmicks for other designers—into compelling, gorgeously wrought, yet wearable, clothes is unmatched. The child of a British mother and Jamaican father, Wales Bonner grew up in South London and already has a British Fashion Award under her belt. Her exquisitely tailored Spring 2017 collection, which showed earlier this week in London, was a paean to the idea of decorative masculinity and ceremonial heraldry. She also scatters womenswear looks into her collections and (smartly) shops retail her pieces to both sexes. With any luck, the added boost of the prize money and requisite buzz will get her into more stores stateside—Opening Ceremony NY is currently the only US stockist. The jury for this year's prize were comprised of such industry heavy-weights as Nicolas Ghesquiere, Marc Jacobs and Phoebe Philo—a seal of approval and good faith if there ever was one.

A special prize of 150,000 euros and a mentorship was also awarded to 19-year-old Canadian Vejas Kruszewski of Vejas. The Toronto-based designer is known for his agender collections and signature rusted leather jackets and backpacks. By far the youngest entrant of the competition (which caps eligibility at 40), Vejas is completely self-taught—with a little help from YouTube—and is also carried at Opening Ceremony in New York and LA.

The LVMH Prize is spearheaded by Delphine Arnault, an Executive Vice President at the French fashion conglomerate and daughter of its head, Bernard Arnault. Since its inception in 2014, it has awarded nearly a million euros in prize money and has also begun a secondary competition for design students looking internships and experience within one of the groups many luxury fashion brands.