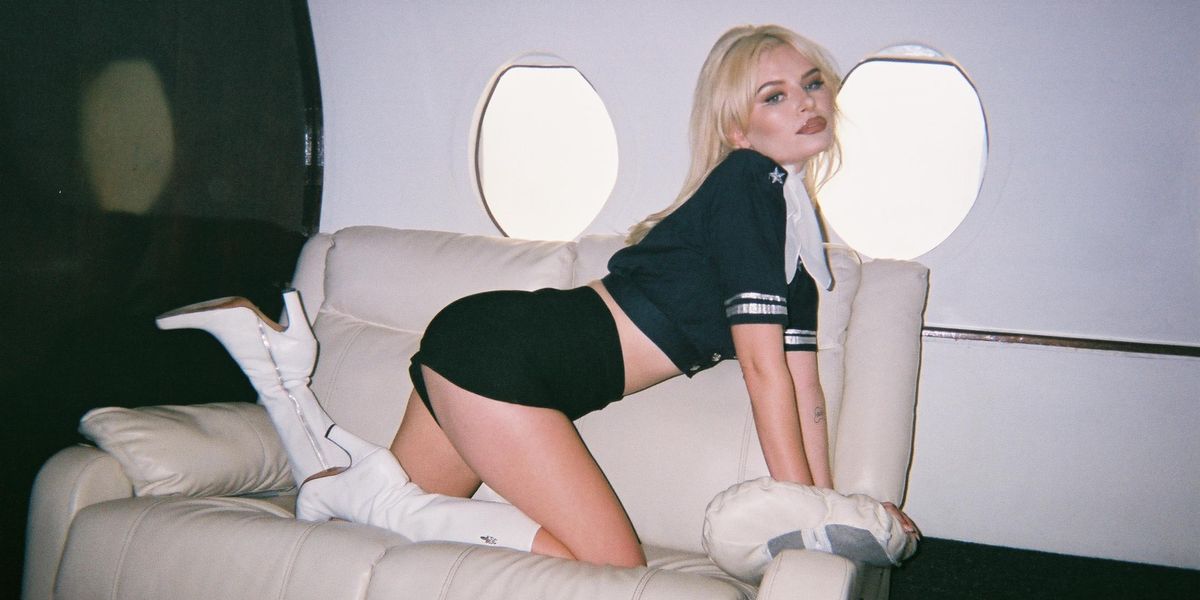 Grace McKagan Plays a Sexy Flight Attendant in 'So Lucky'

What would you do if your flight attendant was not-so-secretly into you?

That fantasy is at the center of the new video for "So Lucky" that Grace McKagan, daughter of Guns N Roses bass player Duff McKagan and former lead singer of The Pink Slips, has released today. Her latest single, following December's "Surrender," is another throwback to '60s garage-rock.

Over the course of the retro visual, 23-year-old McKagan plays a sexy flight attendant (very Britney Spears "Toxic") who has her eyes on a guitar player minding his business, as she grows closer and practically dances on his head. Halfway through, the video transitions to McKagan and her band performing on the plane's runway with infectious energy.

Speaking to PAPER, McKagan explained that the inspiration from the video came from real-life experience. "'So Lucky' is about real life events personified in a dream like manor," she said. "Trent, my keyboard player, made out with a flight attendant on tour."

She continued, "I wanted to run with that fantasy that came to life for him. I'm sure most people have a part of them that feels so lucky and so high when they kiss their crush for the first time."

McKagan is newly solo, having just started this next journey of her career. She revealed to Flaunt in January that "Surrender" was supposed to come out much earlier in the year, but the pandemic changed that timetable.

Check out the PAPER premiere of Grace McKagan's "So Lucky" video and stream it, below.