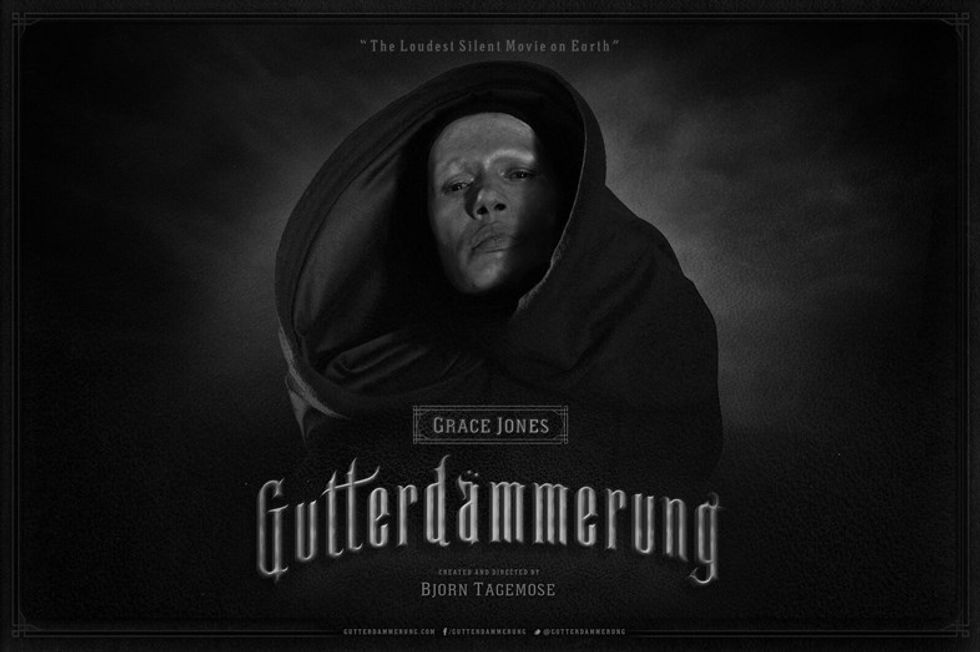 by Elizabeth Thompson
PAPERMAG
Grace Jones, Iggy Pop and Henry Rollins are all stars of an upcoming movie directed by  Swedish artist Bjorn Tagemose that sounds like a Rudolph Valentino movie shot at the Roxy and put through Google DeepDream.

Titled GutterdaÌ�mmerung and billed as "the loudest silent movie on earth,' the film will be scored by a live rock band. It stars Iggy Pop as a punk angel who, after God banishes rock 'n' roll and all of its subsequent sex, drugs and fun from the world, returns the devil's evil guitar to earth. Chaos ensues, with Rollins playing a puritanical preacher and Jones as a goddess sent to keep the testosterone of the wild-eyed rock-loving masses in check.

Jones, Rollins and Pop elaborate on the film more in the video below, as does their co-star, Jesse Hughes of Eagles of Death Metal, who, of the four, offers possibly the most trenchant (and RAWK) description of the film:

"It's not a rockumentary, it's not fucking Spinal Tap, it's the real fucking deal. And it's the craziest fucking story you'll ever fucking see in the theater."

What? Exactly. More stars, and a release date, will be announced down the line.