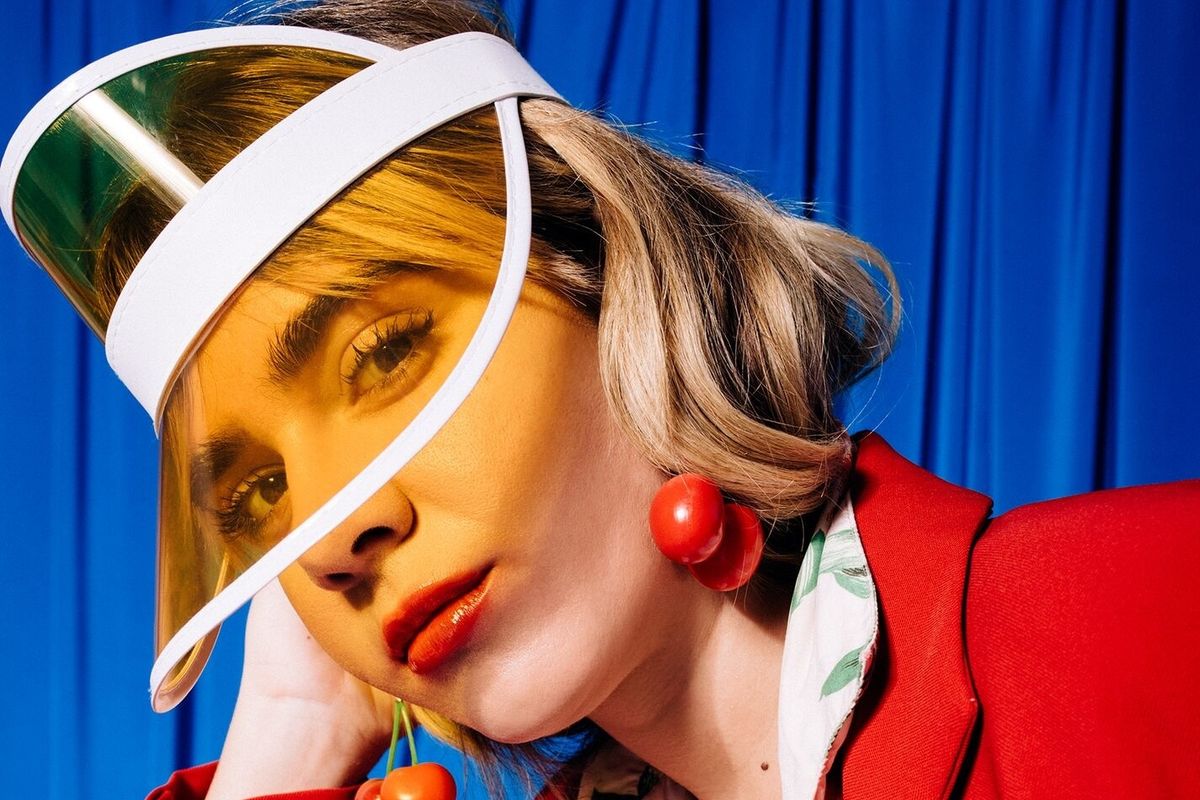 If the Apocalypse Is Near, Let Gothic Tropic Comfort You

Gothic Tropic is the performance moniker of Los Angeles native Cecilia Della Peruti, who makes pop imbued with emotion and jagged-edged sounds. This was demonstrated on a string of EPs leading up to and including her full-length debut, last year's Fleetwood Mac-inspired Fast or Feast.

Embracing harder sonic textures and her vulnerability is a combination that makes Della Peruti's accessible melodies deeper, darker, and rooted in truth. From this place, her music as Gothic Tropic can serve as a siren song for troubled times.

She takes these ideas to the next level for new single "Your Soul," with a self-directed video that channels collective end-of-the-world angst into a potent narrative encompassing indigo children and supernatural elements. The story ultimately shows people embracing the world's final moments in a spirit of hope and togetherness, rather than fear.

The story opens with a young boy named Matisse and his family, exchanging "I love you's" via text while a newscast plays, concerning a pending solar apocalypse that will destroy Mercury and Venus before hitting Earth. Matisse leaves the house on a mission to embrace his final moments on earth. He is invited by a friendly stranger to an "end of the world" party, where he dances alongside other people who've gathered to celebrate their remaining time together.

The video for "Your Soul" marks Della Peruti's first directorial effort, and making its supernatural concepts come alive was a highly collaborative and resourceful affair. "I'm a sci-fi and fantasy fanatic, so as I was putting this elaborate idea together knowing full well my budget and logistics," she tells PAPER. "It was challenging to rely completely on Matisse and practical effects and circumstances to get the concept across. Everyone who worked on the video are my friends and collaborators, and I'm so lucky to have found young Matisse and his family."

And really, the touching motifs of family in the video, whether chosen or biological combined with the song itself — which is anchored by a softly swinging guitar melody and Della Peruti's sweetly sung lyrics — give the entire project a palpable sense of purpose and power.

The line "I know your soul," becomes, then, words of comfort, in a world of rugged individualists. "I want to be your pain, I want to be your pleasure," she says in another line. Della Peruti's "Your Soul" makes a strong, if chilling case for why now, even if the world is crumbling before our eyes, is a time to come together and embrace our collective humanity. With recent predictions of increased climate change disasters in our lifetime, the fictionalized solar apocalypse set forth in this video seems more possible now than ever before. Can we see each other's souls now before it's too late?

Watch the PAPER premiere of Gothic Tropic's "Your Soul" video, below.

Catch Gothic Tropic live in December at these upcoming shows: