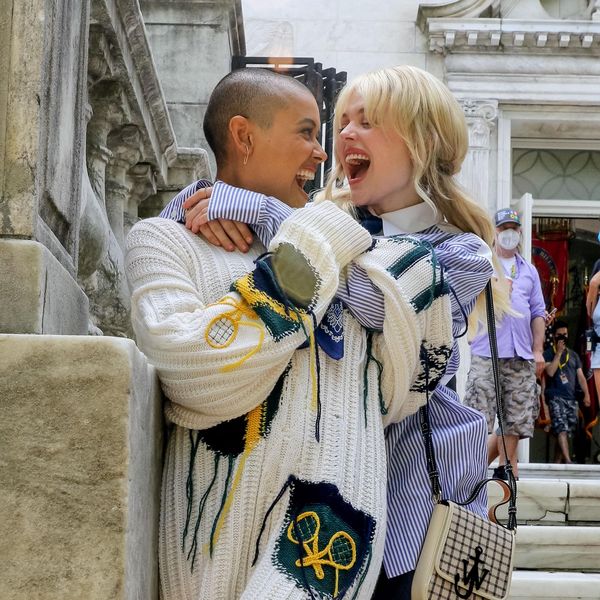 "Did you miss me? I know I've missed you." Back with Gen Z influencer flare, Gossip Girl has returned with its first trailer to the 2021 series reboot. The spin-off of the hit 2000s show will premiere on HBO Max as 10 hour-long episodes, revealing a new generation of the elite NYC prep school teens.

Related | Here's What the New 'Gossip Girl' Characters Will Be Wearing

The new trailer rolls in with Frank Ocean's "Super Rich Kids" playing in the background as students at Manhattan's Constance Billard School for Girls and St. Jude's School for Boys are seen updating their socials as they strut the school halls and smoke on the Met's grand stairwell.

"Eight years after the original website went dark, a new generation of New York private school teens are introduced to the social surveillance of Gossip Girl. The prestige series will address just how much social media — and the landscape of New York itself — has changed in the intervening years."

In a very 2021 twist, Gossip Girl has taken new form as an anonymous Instagram account that keeps tabs on students, opting for a DM tip line rather than SMS messages.

"It's just a new look at this particular society in New York, the idea being that society changes constantly," screenwriter Joshua Safran said. "So how has this world changed, how has social media and its effect changed? All of those things allow us to look at the world 12 years on as opposed to just redoing the story."