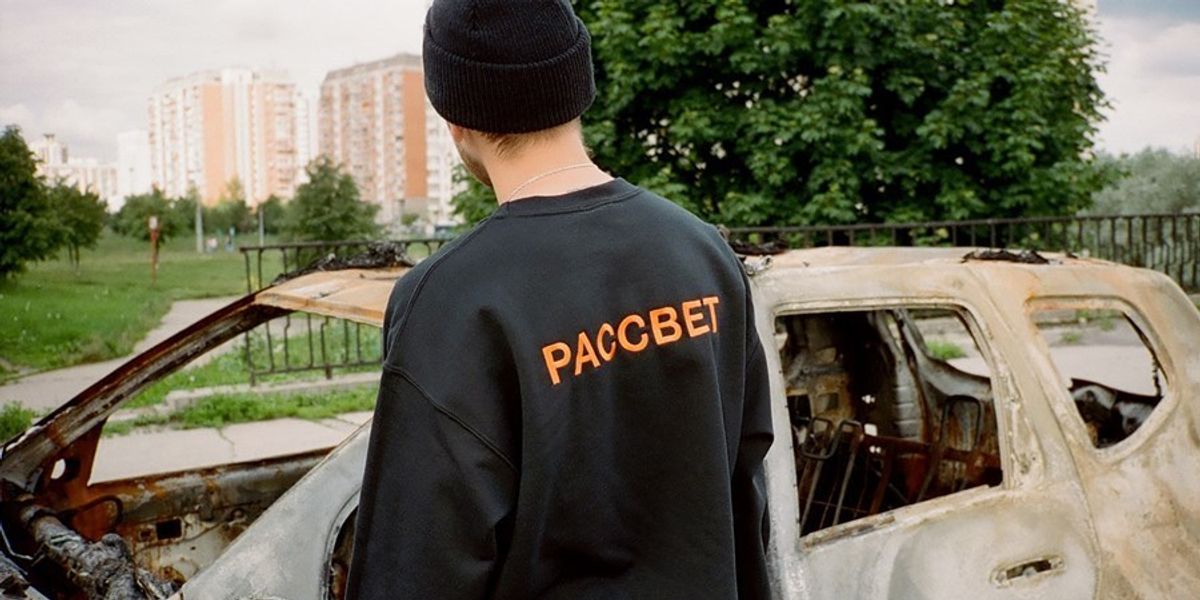 Today, Gosha Rubchinskiy announced the return of the skate brand Paccbet. The brand, first launched last September, is a collaboration with Rubchinskiy's friend and pro-skater Tolia Titaev, and the second season will be released on June 27th at the Trading Museum in Paris and DSM London.

Speaking with Faye Fearon from Dazed, Rubchinskiy described the brand as "the collective work of a community." He added, "We have an idea in mind and think 'who would be perfect for this project?' It's a kind of family story."

There will also be four new skateboard designs to accompany the collection. Titaev said, "We want to grow the collection but not too fast. For the first collection, we concentrated on tops, t-shirts, sweatshirts and jerseys. This season we wanted to create a bigger collection, including denim pieces like jeans and jackets and cool denim caps."

Dazed got an exclusive look at the lookbook for the collection, shot by Sasha Mademuaselle and Sergey Kostromin and shown below. There will also be a short documentary to accompany the launch, showing Paccbet's skate team heading out to California.

"It's a diary about Moscow skaters going to see friends in California – it's about community," Titaev told Dazed.

Check out the first looks in the gallery below: