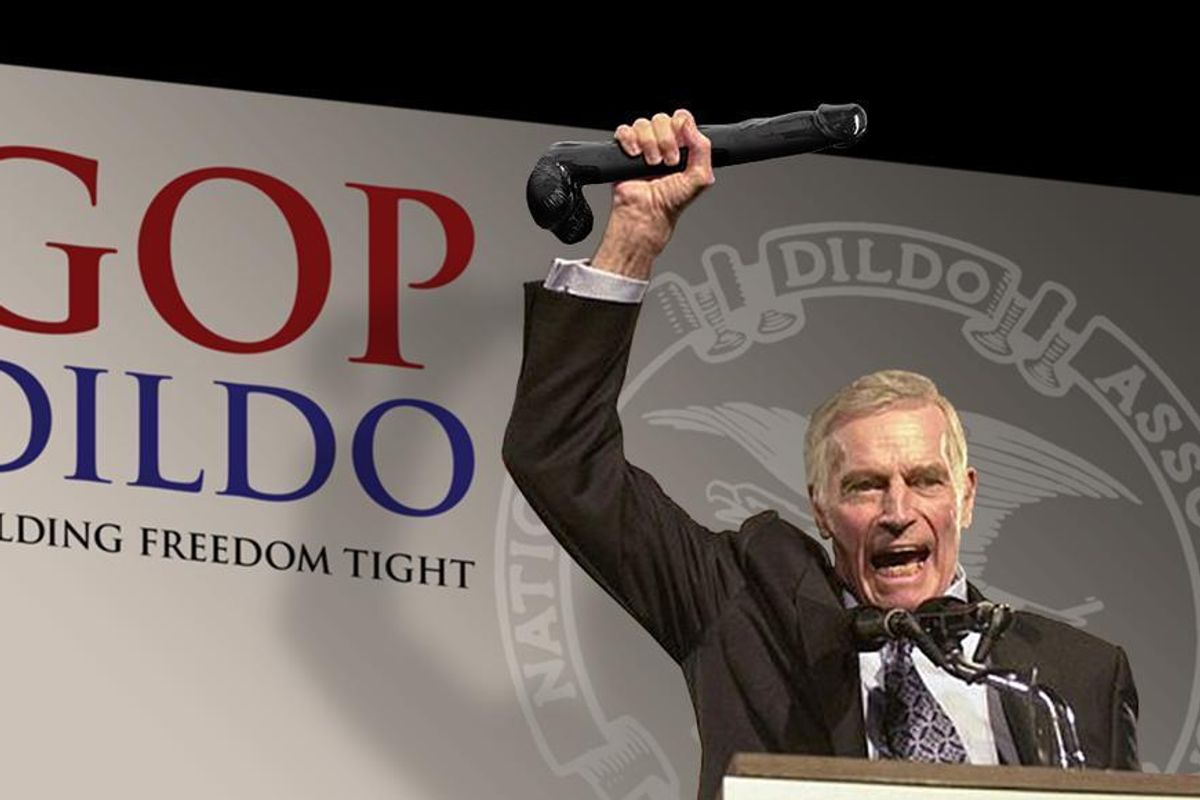 As many a headline will point out, GOP politicians loooove photo ops with guns. Whether it's those campaign range rounds or Christmas Card display, many a conservative candidate will openly display their love of "freedom" and the 2nd Amendment with a glock-chock salute -- so it's about time some genius decided to Photoshop GOP gun-ops into dildo-slinging snaps.

Talk about a very open carry. Peep a few of our favorites below.