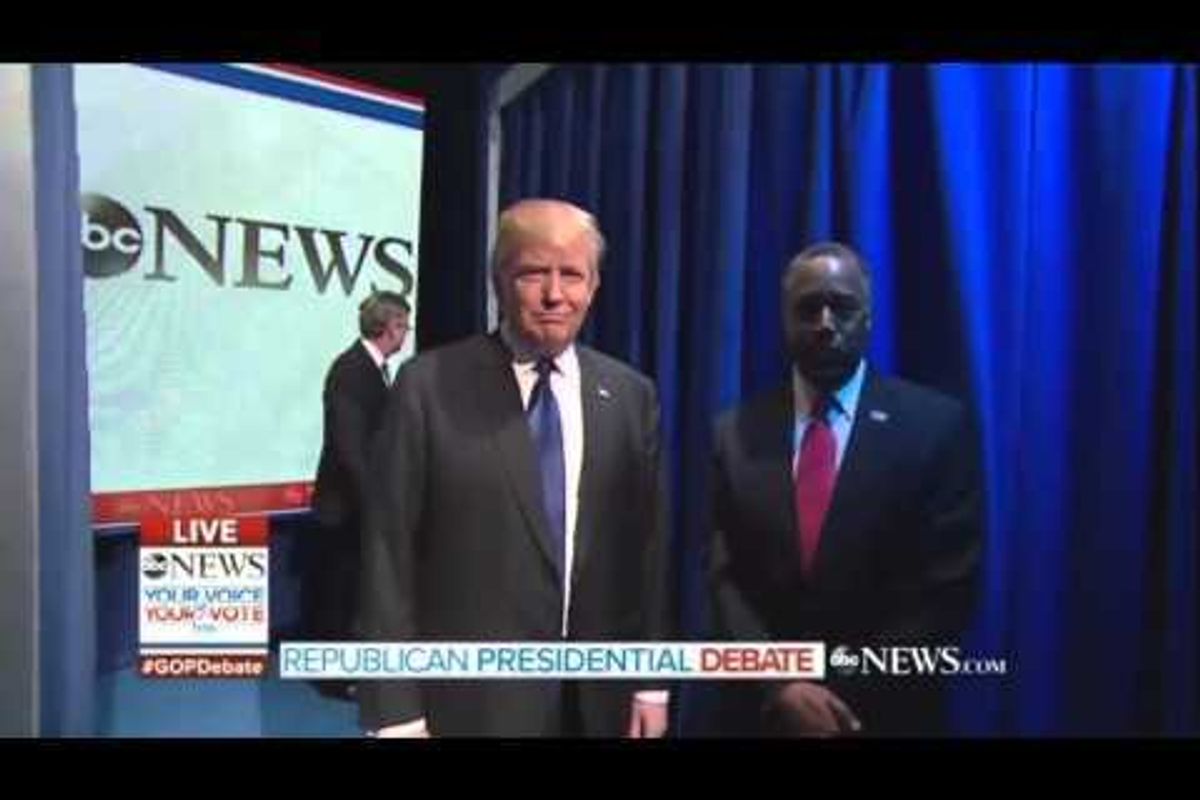 Bernie Sanders may have appeared on SNL last night, but the best political comedy of the evening was happening in New Hampshire during the GOP debate intros.

Like any solid comedy routine, the bit was grounded in a realistic premise. Upon hearing his name, Chris Christie entered and smoothly made his way to his podium. So far, so normal. But then that madcap jokester Ben Carson entered and introduced what's known in improv as "the game," that comic deviation from the norm that elevates a scene from logical and natural to sublimely silly. After taking the stage, the doctor stood still in the middle of the entryway, with a gentle smile and a mischievous twinkle in his eye. Hilarity had begun.

When Ted Cruz was called, Carson started to move forward, then -- PSYCH! -- doubled back! Embracing the central comedic principle of "yes, and...", Ted Cruz went along with the joke and did his best approximation of a human expressing mild confusion as he ascended the stage.

A nervous stagehand then stuck his head out from behind the curtain and frantically attempted to wave Dr. Carson forward, but, like a true professional, the comedian remained committed to the bit. Donald Trump then joined him and, in a vaudevillian twist, also remained standing just off-stage.

After befuddled entrances by Marco Rubio and Jeb Bush, the moderators once again attempted -- and eventually succeeded in -- beckoning Carson and Trump onstage, with sad, forgotten John Kasich finally trotting on as a Jerry Gergich-like afterthought.

Whatever your political leanings, it's thrilling to see two consummate jesters like Ben Carson and Donald Trump carrying on the anarchic, disruptive comedic lineage of luminaries like the Marx Brothers and Andy Kaufman.