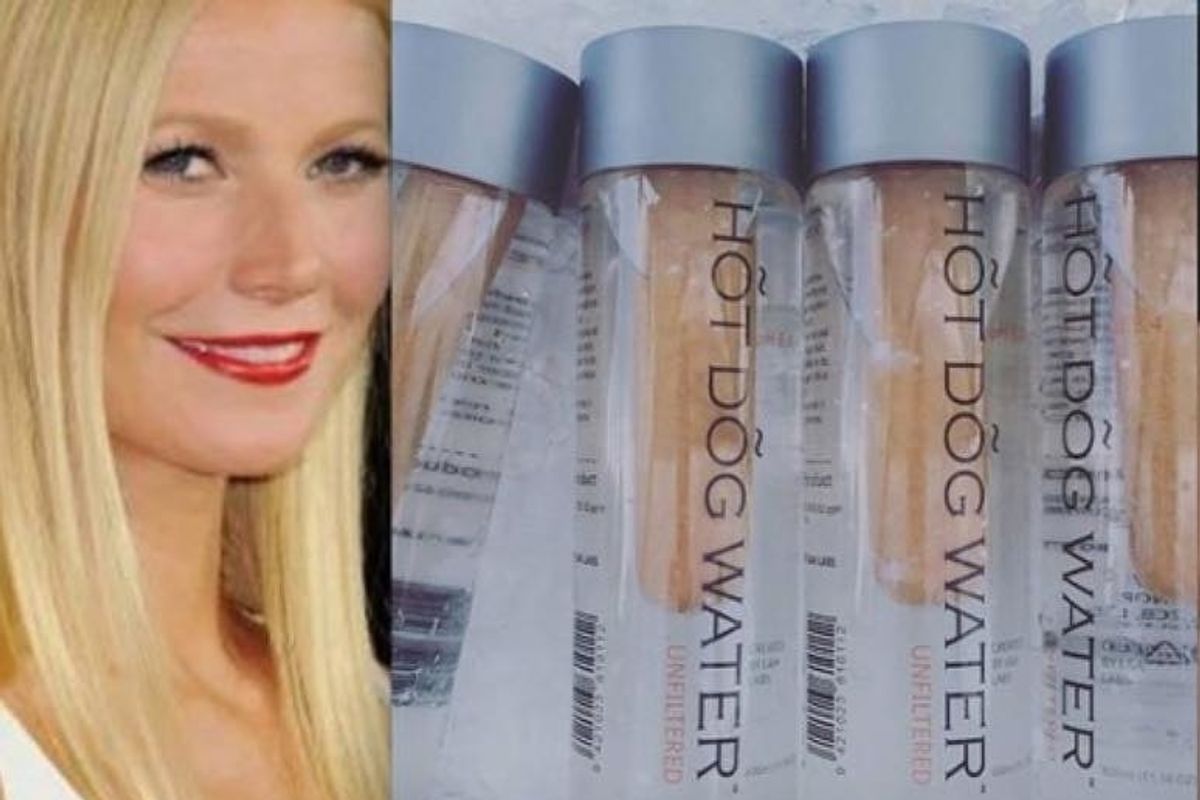 There isn't all that much left to say about Goop after Taffy Brodesser-Akner's dissertation on Gwyneth Paltrow's controversial wellness brand. Her thesis on the company's $250 million success? "Wellness is suffering. As soon as you level up, you greet how infinite the possibilities are, and it all becomes too awful to live without."

However, that doesn't mean it's tapped when it comes to memes. Vancouver artist Douglas Bevans proved as much this weekend when, according to the Vancouver Sun, he set up a stand selling bottles of home-brewed, unfiltered, pH 8.4 "restorative" Hot Dog Water for $37.99 a pop outside the "In Goop Health" summit at Vancouver's Stanley Park Pavilion. The summit, which was Goop's first in Canada, saw 200 visitors, who spent $400 on the one-day conference.

The fake brand's Instagram bio explains: "Our Extractions Specialist are working 'round the clock to keep up with the consumer demand of our Revolutionary Healthy HõT DõG Water!"

This is impressive satire, because when I read the headline, it was entirely unclear that this was a parody. Because really, what is the difference between hot dog water being sold as a "keto compatible" aid for weight loss and increased brain function, and the moonlight-charged vagina eggs sold to "increase chi, orgasms, vaginal muscle tone, hormonal balance and feminine energy in general?" Not much when it comes to the level of utter nonsense.

Paltrow was recently forced to pay $145,000 in civil penalties over misleading advertising for the latter product. These issues are what motivated Bevins, who told the Vancouver Sun he hoped to "inspire critical thinking about how companies use health claims to increase sales."

Bevans also explained to the local paper that "he was not at the event to make fun of Goop attendees, but [that] he was uncomfortable with the way the company seemed to be "riding on the coattails" of the female empowerment movement to market its products."

Luckily, Bevans reportedly made no official sales, despite his and his team's best efforts.